WASHINGTON, D.C. – Historically, the party of the president does poorly in the midterm election, but this year may not be as bad as it could be for the Democrats.

Nathan Gonzales, editor and publisher of Inside Elections, told IFPA BB #:378962 Washington Conference attendees September 28 that the most likely scenario for the November election is for the House of Representatives to switch to the Republicans, but the Senate is so close it will probably go no more than one seat toward either party.

He said President Biden’s approval rating has been poor since the withdrawal of Afghanistan earlier this year, and the struggling economy seemed like a recipe for a large advance for the Republicans in both houses.

But the Supreme Court’s ruling on abortion this summer has energized Democrat voters.

On average, he said, the president’s party loses 30 seats in the House in the midterm election, but his group projects an 8-20 seat margin for the Republicans after the election (it is 222-212 Democrat now).

The Senate right now is 50-50, and the Inside Election projection is +/-1 either way. 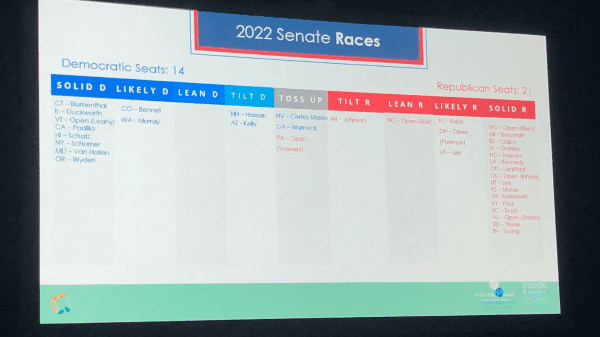 It may seem like a recipe for compromise, but Gonzales said he expects the opposite.

If the House shifts to the GOP as expected, it plans to hold hearings and investigations regarding President Biden and his son Hunter Biden over corruption; Attorney General Merrick Garland over selective prosecutions of conservatives; and maybe Secretary Alejandro Mayorkas of Homeland Security over the border crisis.

Much of this is in response to investigations by the Democrat-led house, and two impeachments of President Trump.

“It will create an environment of hostility,” Gonzales said.

“We have lost the ability to disagree in a civil way,” he said. “A civil mentality isn’t even rewarded.”

He added that if we want the tone of Washington to change, we have to start with that change at home, debating people with different political viewpoints in a respectful way. 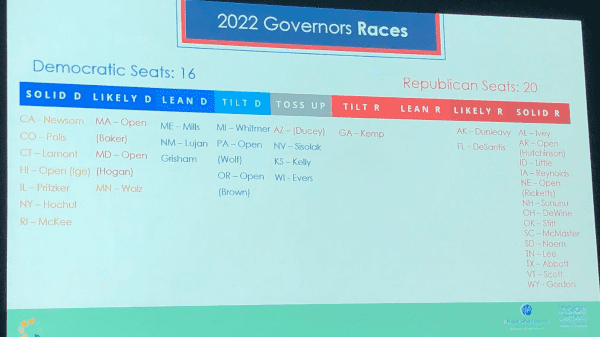