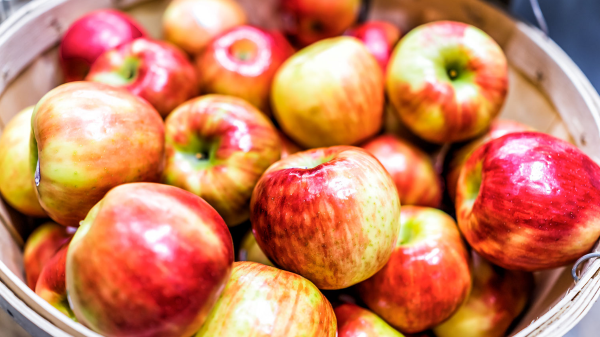 The Honeycrisp apple was developed by the University of Minnesota’s apple breeding program and released in 1991.

The program, as part of the Agricultural Experiment Station, was founded in 1887 to research cold hardy varieties able to withstand Minnesota’s harsh winters.

Since then, the breeding program has had many successes: its first release, the Minnehaha, came in 1920 and has been followed by a number of popular varieties including Zestar, Rave, and SweeTango.

For the Honeycrisp, it wasn’t until the early 2000s that the apple started to really gain traction with consumers. By 2014, however, it had risen to the No. 6 apple produced in the United States.

“I remember, vividly, the first Honeycrisp apples I brought in,” says Joe Watson, vice president of domestic business development for the International Fresh Produce Association (IFPA), headquartered in Newark, DE, noting they were being marketed by Frieda’s Branded Produce, in Los Alamitos, CA.

“Jackie Caplan asked me to take a couple of pallets. They were super sweet, I knew they were going to eat well, but they were a $100 a case,” he says, which was an unimaginable price tag at the time.

“I said, let me try a pallet,” he recalls. With 15 stores, each Rouses store got three cases.

“We put them out at $3.99 a pound and sampled them,” Watson says. “We sold every flippin’ one of those apples, water core and all.”

Despite the high retail price, Honeycrisp sales rose steadily and have spawned numerous crosses, including the Cosmic Crisp, which has been heavily marketed since its commercial release in 2019.

The proliferation of new apple varieties, while providing plenty of choice, has also created a few problems for retailers and consumers.

“Honeycrisp has been a good thing, but it’s been a challenge because it has really pushed growers to get into this new line of apples,” says Bruce Peterson, founder and CEO of Peterson Insights, Inc. in Bentonville, AR.

“That can be a bad thing because consumers don’t really differentiate,” he points out. “There’s the presumption that the consumer knows what all these different apples are.”