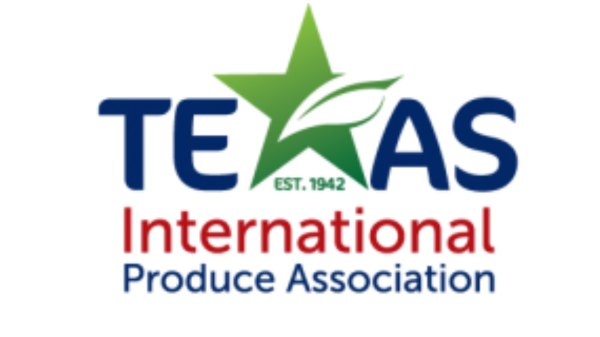 The event is the latest in a multistate series of events with agricultural stakeholders to call attention to the urgency of fixing the nation’s farm labor shortage by passing new Senate agriculture workforce solutions.

• In the past, South Texas had a strong labor pool of both Americans who lived in the area and Mexican citizens who crossed the border daily with a visa. But that labor force has plummeted in recent years. Between 2002 and 2014, the number of full-time field and crop workers in the U.S. dropped by more than 20% — at least 146,000 people — according to New American Economy (NAE). And the Southern Plains region of Texas and Oklahoma lost approximately 6,000 full-time workers during that time.
• When farmers post hiring notices for low-skilled labor in areas like planting, cultivating, or harvesting, U.S. workers take those jobs only 6 percent of the time, according to the Department of Labor.
• Across the U.S., if labor shortages were not an issue, the production of these crops would be worth an additional $3.1 billion per year, according to NAE, plus $2.8 billion in spending on related services. It would also create more than 41,000 additional non-farm jobs for Americans each year.

On the national level, Texas A&M International University recently released data from a new economic study on the link between stabilizing the agricultural workforce and decreasing inflation and consumer prices, showing that ensuring farmers have a stable, secure, reliable, and legal workforce is crucial to keeping America’s grocery shelves stocked, combating inflation, and lowering food prices (including milk, eggs, meat, and produce) for all domestic consumers.

Addressing workforce shortages facing farm employers and stabilizing the H-2A visa application process is also crucial for enhancing our national food security by protecting domestic agriculture production. According to the USDA, next year, for the first time in U.S. history, we as a country will be importing more agricultural goods than we export.

In 2021, the U.S. House of Representatives passed the Farm Workforce Modernization Act with bipartisan support. That was a good start, and now in the Senate, Senators Mike Crapo (R-ID) and Mike Bennet (D-CO) have taken the lead on negotiating improvements on the House’s solutions and moving the process forward. Passing new Senate legislation is critical to solving labor shortages facing the Texas agriculture sector and sustaining the state’s economy as a whole.

According to the American Farm Bureau Federation, grocery bills are rising at the fastest pace in more than 40 years, and this year’s July 4th cookouts cost 17% more than last year and 27% more than before the pandemic. Prices for ground beef are up 36% from last summer, chicken breasts up 33%, pork and beans up 33%, pork chops up 31%, lemonade up 22%, and potato salad up 19% – some families were likely forced to skip a cookout altogether.

ABOUT
ABIC Action is the political arm of the American Business Immigration Coalition (ABIC), a bipartisan coalition of over 1,200+ CEOs, business owners, and trade associations across 17 mostly red and purple states. ABIC Action promotes common sense immigration reform that advances economic competitiveness, provides companies with both the high-skilled and low-skilled talent they need, and allows the integration of immigrants into our economy as consumers, workers, entrepreneurs, and citizens.

The Texas International Produce Association was created in 1942 by a group of industry leaders who shared a vision to expand the Texas produce industry. These industry pioneers understood that by working together they would be able to reap greater benefits, thus TIPA was formed to represent the business, economic, and political interests of Texas-grown fruits and vegetables. In 2012, in response to the rapidly evolving needs of its members, TIPA’s mission was further expanded to address the issues and opportunities surrounding the importation and marketing of foreign grown produce that was being shipped through Texas ports.

Little Bear Produce combines cutting-edge cultivation with tried and true growing and harvesting practices to ensure that you always receive the best produce on the market.. We understand that the quality of your food is important to you. Little Bear has spent years selecting and procuring the most flavorful varieties, so that you can cherish every bite. At the core of our business is service and connection. When you buy Little Bear products, you are a part of the family!

AmericanHort represents the entire horticulture industry, including breeders, greenhouse and nursery growers, retailers, distributors, interior and exterior landscapers, florists, students, educators, researchers, manufacturers, and all of those who are part of the industry market chain. The leading national association for the green industry, AmericanHort connects the industry across states and segments, giving members opportunities that expand their network and resources to perform better, grow, and prepare for the future.

The International Fresh Produce Association is the largest and most diverse international association serving the entire fresh produce and floral supply chain, and the only to seamlessly integrate world-facing advocacy and industry-facing support.