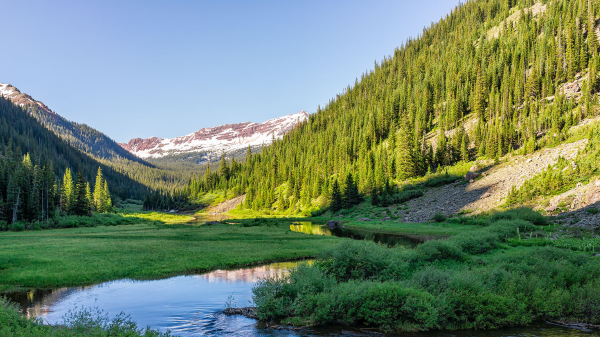 August 16 marked the deadline for a deal among the seven states in the Colorado River Basin for water use reductions caused by the worst drought in the western United States in more than 1,000 years.

They failed to reach an agreement.

Historically low levels in the basin reservoirs require a reduction in water use of 15 percent among those states: Arizona, California, Colorado, Nevada, New Mexico, Utah, and Wyoming.

The states had until that deadline to come up with a water sharing measure that was agreeable to all parties, but they did not.

In a letter to Interior Department and Bureau of Reclamation officials, John Entsminger, general manager of the Southern Nevada Water Authority, castigated the parties involved, claiming that the last three months of talks “produced exactly nothing in terms of meaningful collective action to help forestall the looming crisis.”

Entsminger went on to say, “Through our collective inaction, the federal government, the basin states and every water user on the Colorado River is complicit in allowing the situation to reach this point.”

Entsminger criticized what he called “the drought profiteering” of agricultural districts in their demands, as well as generally “unreasonable expectations” by shareholders in the talks.

Consequently, the task of deciding on the water cuts devolves to the Federal Bureau of Reclamation, which administers the Colorado River project. On August 16, the bureau issued its recommendations.

That means reductions at this level:

“There is no required water savings contribution for California in 2023 under this operating condition,” says the Bureau.

The allocations were initially made “under a century-old compact based on water levels that no longer exist. As a result, more water is allocated than actually flows through the river,” according to an article in the political website The Hill.

If current conditions continue for another few seasons, it is hard to imagine that much of agriculture will survive in this region.

It makes me think of a verse in the Bible: “The thing which I greatly feared is come upon me, and that which I was afraid of is come unto me” (Job 3:25).