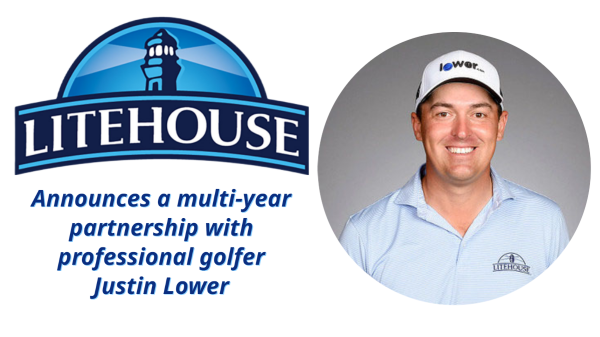 Litehouse Inc., BB #:171389 signed a multi-year partnership with professional golfer and PGA Tour member Justin Lower in June, but he may not be on the PGA Tour next season.

At the tour’s final regular season tournament last weekend, The Wyndham Championship in Greensboro, NC, Lower faced a putt on the 72nd hole that would determine his status on the tour next year.

That means Lower did not retain his PGA Tour card by finishing in the top 125 and must attempt to qualify for the PGA Tour via the Korn Ferry Tour Finals.

In a post round interview, Lower fought back tears in describing how much it hurt to come so close but ultimately fail to secure his tour card for next season.

“It sucks to come up this short,” he said. “I don’t know, there’s positives, but right now it just flat out sucks.”

Litehouse is a 100% employee-owned company and leader in refrigerated salad dressings, dips, sauces, cheese, and other innovative consumer packaged goods.

“Justin Lower is a phenomenal athlete with an equally impressive heart,” said Kelly Prior, President & CEO of Litehouse, in June. “His commitment to helping others through philanthropy and strong ties to his local community make him the ideal athlete to represent the Litehouse brand. We’re excited and honored to sponsor Justin as he embarks on his first PGA TOUR and look forward to being a part of his continued growth and success.”

Lower is no stranger to close calls in his pro golf career.

Throughout the season, the Litehouse brand logo was prominently visible on the chest of Lower’s apparel.