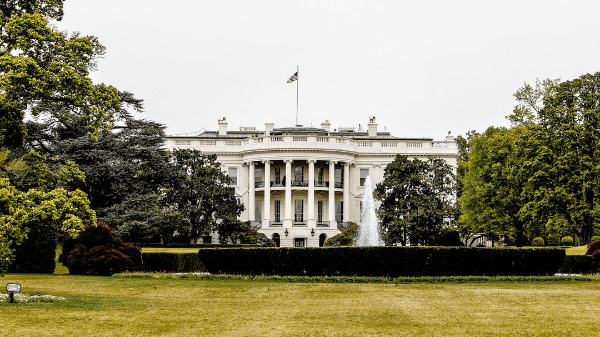 To judge from the news accounts, the July 12 meeting between President Biden and Mexican President Andrés Manuel López Obrador (known as AMLO for short) in Washington was a low-key, not to say perfunctory, affair.

It probably didn’t help that AMLO went on talking for a half hour, which predictably appeared to bore President Biden. At the end, he marveled at how a journalist was able to keep holding his phone up all that time to record what the Washington Post described as a “filibuster of sorts.”

At the end of AMLO’s discourse, President Biden said, “We need to work closer together. The thrust of what you’re saying, I agree with.”

It is more or less standard for meetings between heads of government to stay blandly on the surface, and on the whole, this may be just as well.

The meeting between the two leaders continued for another 45 minutes away from the attention of the press, and we can imagine or at least hope that more substantive agreements were worked out there.

I was particularly interested to see whether a comment made last month by Mexican interior minister Adán Augusto López Hernández, which said that the U.S. was about to issue 300,000 temporary work visas, half to Mexicans, half to nationals of other countries, would turn out to be correct.

López Hernández had told a conference of business leaders in Baja California that this measure would be announced during AMLO’s July visit to the U.S., but this did not turn out to be true.

Last week, in true Texas fashion, the state’s governor, Greg Abbott, took matters into his own hands, issuing an executive order authorizing the Texas Department of Public Safety and the Texas National Guard to return illegal immigrants to the state’s southern border.

In short, the labor issue that continues to vex the produce industry—along with many others—is no closer to resolution than ever.