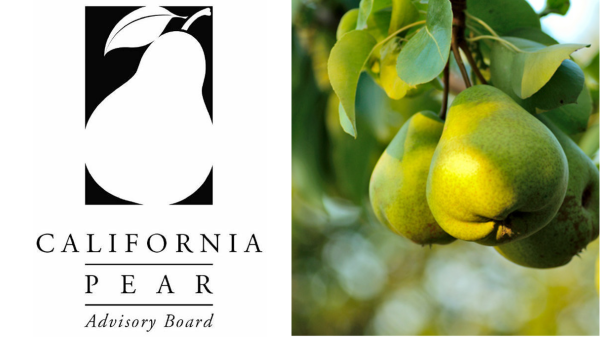 Sacramento, CA — California pear farmers are on track to begin harvest in early July as the season kicks off in the River growing district. Most growers are planning to begin harvest of light volume on July 7 with volume increasing the week of July 11th.

“After several years of late harvests for California pear farmers, it’s great to be back to normal crop timing in early July,” said Chris Zanobini, Executive Director of the California Pear Advisory Board BB #:153592.

“It appears demand for California pears is strong this year in both the fresh and cannery markets. Growing conditions have been excellent this year to produce a uniform sized, high-quality crop.”

The California Pear Advisory Board met last week in Courtland to set its annual pre-season crop estimate. Total anticipated production for all varieties is predicted at 2,257,000 boxes. This volume includes Golden Russet Bosc and red pear varieties that are growing in popularity as well as over 200,000 boxes of organic Bartlett and Bosc pears.

The River growing district represents the largest volume of California pears, followed by the Lake County region, expected to begin harvest on August 1. The Mendocino region is the third-largest producer and will start harvest just after Lake County between August 1 and 5.

Retail and consumer marketing programs are in place for the season and will be emphasizing ripening education for consumers with in-store signage and graphic bins being supported by several retailers.

“We’re stressing the fact that Bartlett pears can be ripened on the counter where they will turn from green to yellow, like bananas, and become softer, juicier and sweeter, “ said Zanobini.

“But unlike bananas, when Bartletts reach the desired level of ripeness, they can be placed in the refrigerator where they will last for several more days. This unique characteristic of Bartlett pears can help consumers stretch their food dollars and reduce food waste – both important benefits in 2022.” 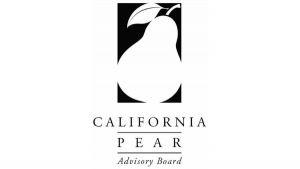 The California Pear Advisory Board will be sharing information via its robust social media channels on Facebook, Instagram, Twitter and Pinterest. Several consumer contests and giveaways are planned for the season to generate interest and followers.

More information about pears, how to ripen them and links to sales agents can be found at www.calpear.com.