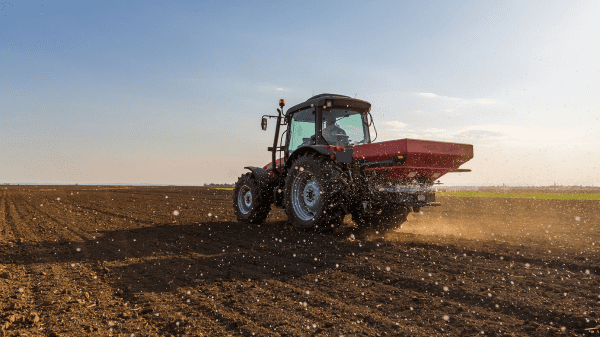 Among the disruptions caused by Russia’s invasion of Ukraine have been those in the fertilizer industry, since both nations are major producers. The fertilizer market had already been suffering from dislocations due to the coronavirus pandemic.

Fertilizer prices have doubled over the past year, according to some sources. Ariel Singerman and Stephen H. Futch, two researchers at Florida’s Citrus Research and Education Center, conducted their own survey of state growers of processing oranges. They report that growers are spending 90 percent more for fertilizer this year than last year.

The economists have made some estimates based on this increase. Using USDA survey data, they found that in 2020-21, orange growers in that state spent an average of $215 and $144 per acre on dry and liquid fertilizer respectively.

“Thus, the total amount spent on fertilizer adds up to $359 per acre, which represented 24% of the total cultural cost of production,” write Singerman and Futch. “The share of fertilizer as a percent of the annual budget has been increasing in recent seasons as growers started reducing some of their expenses in other cultural programs in response to lower prices, decreasing yield and lower fruit quality.” The huanglongbing (HLB) disease, as usual, is a major culprit in this situation.

Although these figures are for processing oranges, they at least give a glimpse of fertilizer price pressures on growers of tree crops.

“Growers are unlikely to reduce their fertilizer use proportionally to the price increase of fertilizer,” the economists argue. “We believe that it is more likely that they would offset the increase in the price of fertilizer by also decreasing their spending in other cultural programs to avoid decreasing fertilizer application rates too much, which would compromise not only current but also future tree health and yield.”

The long-term trend has been to increase the use of fertilizer, particularly nitrogen. Nitrogen applications in 2014 were more than quadruple those in 1960. Potassium and phosphate use has been much more stable over that period.