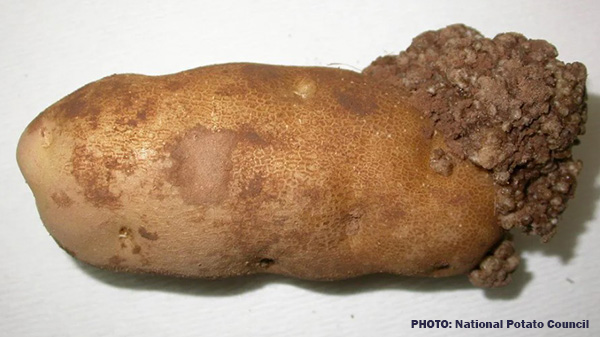 “We are dismayed to learn that USDA is allowing PEI table stock potatoes to resume shipments to the U.S. prior to completing soil tests for the destructive potato wart disease.

Potato wart has been found in Prince Edward Island in eight of the past 10 years, and in a total of 33 potato fields since 2000. The frequency of finds – plus the dramatic drop in the number of disease tests via soil samples – should make U.S. regulators question the prevalence of the disease on the island.

Should potato wart be transmitted to the United States, the economic consequences would be devastating and immediate. Beyond the domestic costs to growers and the industry, the U.S. would likely immediately lose access to all international fresh potato markets, costing the industry over $225 million in annual exports and billions of dollars in additional indirect damage.

The announcement today that USDA is allowing resumption of trade with essentially no additional safeguards is disappointing. It is surprising that USDA is allowing a lesser standard for Canadian growers via soil testing than is conversely required for U.S. growers. For U.S. potato exports to Canada, CFIA requires rigorous soil testing in Idaho where state and federal officials are mandated to conduct soil samples on every field to ensure they are clear of the potato cyst nematode pest.

Given the history of disease detections, U.S. potato growers fear that potato wart in Prince Edward Island is far from under control. Today’s decision to allow potatoes from untested fields to enter the U.S. does not assuage their concerns. We strongly urge USDA to enact science-based mitigation measures that will protect U.S. growers from this highly destructive disease.”