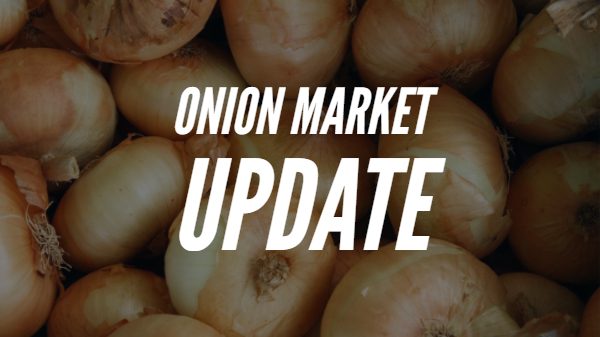 Texas-grown onions are hitting the market as spring starts just in time as Northwest storage crops are running low on supplies.

In a buyer alert this week, Markon Cooperative BB #:123315 said Northwest storage stocks remain on pace to be depleted sooner than normal.

Mexican onions (crossings into South Texas) have increased this week [and] pricing has eased. MFC Washington Onions will be depleted in early April. Supplies ordinarily run through May.

Idaho/Oregon-grown MFC Onions will ship into April, however some suppliers will run out of supplies in late March. Stocks typically ship into May.

The season for Utah-grown MFC Onions will wrap up this week; once Utah onions are depleted, onions transferred from Idaho, Oregon, and/or Washington will be used for any orders loading out of Utah through the end of March.

California MFC Onions will be available from the Imperial Valley the week of April 18.

The New Mexico season will open in early June.

According to USDA, prices for Northwest 50-pound bags of jumbos have been steady at about $20 for the past month, while Mexican crossings through Texas have been $25-30 per bag, but prices have fallen on those about $5 per bag in the past week.