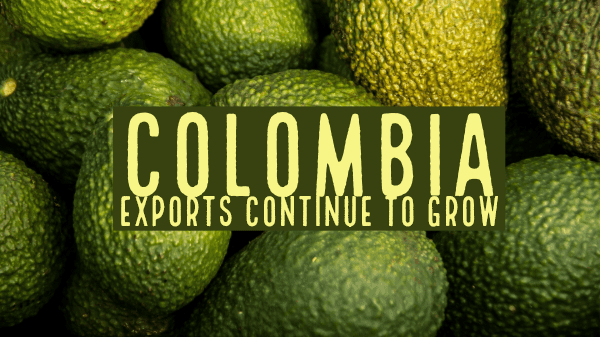 Colombian avocado shipments totaled 96,903 tons valued at $205 million in 2021, reflecting an increase of 26 percent in volume and 40 percent in value when compared to the previous year, as reported by Portual Portuario.

The result allowed Colombia to move up a spot in the ranking and positioning itself as the world’s sixth largest supplier of avocados, with a share of 3.4 percent, according to a report released by Fresh Fruit, a commercial intelligence company specializing in agriculture.

Avocado exports took off in Colombia in 2014, at a time when more than 1,760 tons of fruit were shipped. Until 2017, average growth was 167 percent, which allowed it to enter in the top 10 fruit suppliers in the world, with a 1.4 percent share.

Colombia is emerging as a competitor to Peru in the world’s avocado market, since both share the same export window, and it is showing the same explosive growth that Peru did.