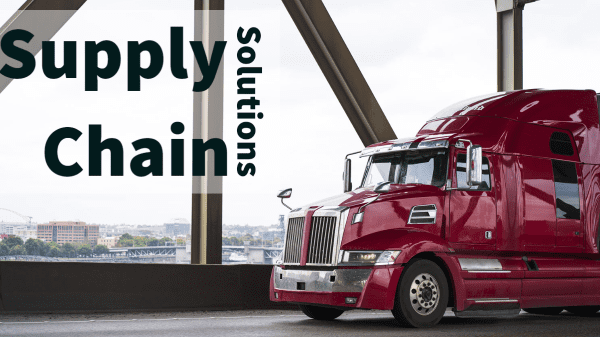 In recent months, images of congested ports have filled the news and prompted calls to action. As ports expanded their hours to reduce the backlog of ships waiting to be unloaded, a less visible bottleneck entered the spotlight.

A lack of truck drivers and equipment to clear the ports and move goods inland is capturing extensive attention from regulators, freight owners, and the media.

Not Enough Drivers
The shortage of drivers could be interpreted as being part of the pandemic-related “Great Resignation,” but that would be an overly simplistic explanation. Driver shortages have been reported as a chronic supply chain problem for nearly two decades.

The American Trucking Associations (ATA) first documented a shortfall of Class 8 tractor-trailer drivers in 2005. The shortage eased during the Great Recession but spiked as the economy rebounded.

The ATA Driver Shortage Update report from October 2021 estimates the shortage will hit a historic high of just over 80,000 drivers in 2021. The ATA predicts the shortfall will double to 160,000 drivers by the end of the decade.

In contrast, there are some who believe the driver shortage is a myth.

Leaders of the Owner-Operator Independent Drivers Association, a trade association representing the interests of independent truckers, regularly argue that the problem is high driver turnover rather than a shortage of qualified drivers. They point to long-haul carriers as the source of this turnover problem.

The Teamsters Union and some economists suggest the problem is depressed wages and difficult working conditions. Raising truck driver wages faster than the wage rate growth in other industries will help the tight labor market correct itself with in a reasonable amount of time, according to U.S. Bureau of Labor Statistics economists.

Other trucking experts note that the pandemic-fueled spike in consumer purchases affects the industry’s ability to keep up with current volumes. It’s a supply-demand imbalance, according to Kenny Lund, executive vice president at Allen Lund Company, LLC, BB #:107465 headquartered in La Canada, CA.

“We have more trucks and more drivers on the road than in the past, but (consumer) demand is outstripping capacity,” Lund says.

Regardless of one’s perspective on the cause—driver shortages, turnover challenges, or volume surges—the effect is the same.

Seasonal headaches
There are not enough drivers available and/or willing to transport the surge in freight. This creates a crisis for the fresh produce industry, which relies on timely movement across the supply chain at reasonable freight rates to maximize on-shelf availability of fresh product.

The trucking capacity shortage is a multifaceted problem. When loads don’t get accepted for transport or deliveries fall well behind schedule, driver scarcity is an easily assumed culprit. Often, this is the case in the produce industry.

The supply of drivers is not always geographically aligned with demand. Drivers gravitate toward other sectors of the economy that aren’t as seasonal as fresh produce. And when drivers are available, the cost to move freight may be higher than planned.

“And 2021 was even more difficult with pricing challenges,” Carter says. “We were seeing 30, 40, and in some cases 100 percent year-over-year cost changes.”

This is an excerpt from the Supply Chain Solutions department in the January/February 2022 issue of Produce Blueprints Magazine. Click here to read the whole issue.