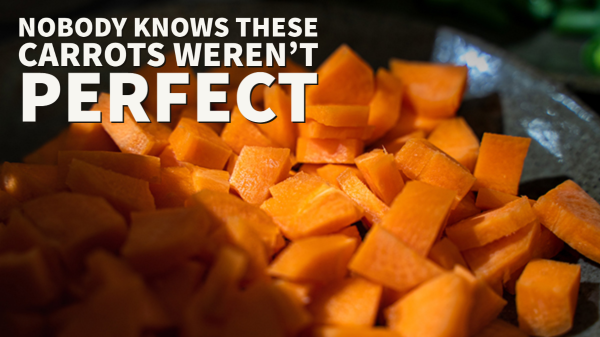 The funny thing about “ugly” produce, especially vegetables, is that most of the time no one knows it was misshapen to begin with. Do you eat a whole head of cauliflower at once?

New research suggests consumers who buy their produce at farmers markets are OK with it being a little ugly.

That’s an oversimplification of this article from Ohio State News summarizing research into consumer attitudes toward misshapen or off-spec “ugly” produce, and, more importantly, the ways it can be marketed profitably.

My hint of frustration and sarcasm is coming at this from a produce insider view, having recently seen posts on LinkedIn from growers frustrated that off-spec produce is such a tough sell: posts about acres of snowy white Texas-growth cauliflower – beautiful, but too small to make buyer spec – facing a disc unless someone can snap it up, a little-bit-rough hard winter squash, and carrots that appear to have a few extra feet.

The grower frustration is real. Sometimes, unsold produce is a problem with the system – USDA or buyer specs forbid off-grade produce from making it into many market channels.

This is also a consumer perception problem, as researchers explored in an upcoming study in the January 2022 edition of the Journal of Retailing and Consumer Sciences, Winning Ugly: Profit maximizing marketing strategies for ugly foods.

Researchers studied 1,300 consumers about their attitudes toward purchasing misshapen carrots, and their threshold for purchase. They looked at types of retail outlet, type of carrot typically purchased, discount for so-called “ugly” carrots, and mixed bags of “perfect” and “ugly” carrots.

They overlaid the consumer research with farmers’ profitability – a key component of the off-grade market. If so-called “ugly” produce isn’t profitable enough, it’s not worth the effort.

Researchers found education about mitigating food waste is one of the most effective ways of getting consumers to pay up.

“We hope these findings will change the viewpoint of the industry,” said senior study author Brian Roe, professor in the Department of Agricultural, Environmental and Development Economics at The Ohio State University. “If you want to move into the ugly produce space, you probably need to rebrand it rather than locking in a discount and saying ‘This is ugly food that should be worth less, so let’s just lock it in as being an inferior good from the get-go.’”

This idea isn’t new. We’ve seen many initiatives to sell so-called “ugly” produce come to traditional retail over the past decade. The ideas evolve and change, like Misfits Market and Imperfect Produce (now called Imperfect Foods.) These two prominent, nationwide sellers have evolved their business to be more of an online grocer than just an off-grade produce delivery. It’s been a while since I saw a retailer push in-store displays targeted specifically to off-grade produce, though markdown bins like Lidl’s Too Good To Waste are going strong.

Roe said food grades and standards need to be revisited to help tip the balance in unharvested produce contributing to food waste.

“There hasn’t been a lot of rethinking of standards in light of food waste, so that would be one policy lever that could be re-examined to deal with food waste in the modern era.”

Removing barriers to market is a great start, but the uphill battle will be changing buyer perception – both the retail buyer and the end consumer. We’ve trained everyone to buy with their eyes. Taking off the blinders will be an ongoing challenge.