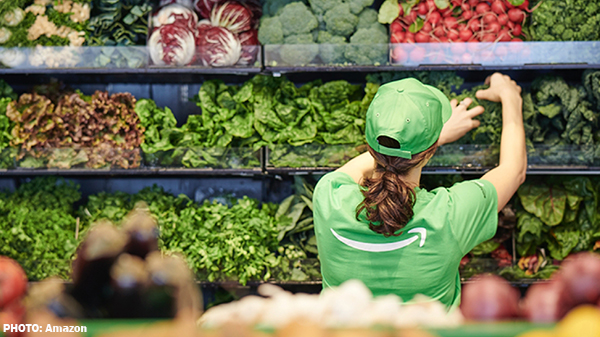 A second Amazon Go Grocery opened in the Seattle area in September 2020.

Amazon BB #:283186 has more than two dozen small-format convenience stores in a handful of cities.

Amazon Go stores range from 1,200 to 2,700 square feet and have no cashiers. It also launched a chain of 10,000-square-foot Amazon Go Grocery stores, but several were later closed and converted to the Amazon Fresh banner.

Another venue, Ideal Market in Denver, CO, is based on a popular grocery store of the same name. The original Ideal Market, which began business in 1958 in Boulder, was part of a purchase by Whole Foods in 2007.

This particular Ideal Market, in the hipster Capitol Hill neighborhood, was remodeled into a Whole Foods Market store in 2009 but ultimately closed in 2017. Then it was resurrected in 2020 as Ideal Market, purportedly carrying more organic and private label goods than its predecessor.

A second Ideal Market is supposed to be in the works and will include what’s promoted as multiple “bars”—beauty (for cosmetics and jewelry), bottle (for craft beers and other liquor), and coffee.

There will be well stocked and tended produce, bakery, deli, and seafood departments, and the newest Ideal Market’s urban focus will also include plenty of prepared grab-and-go foods—all in all, something for pretty much every shopper.

A step in the opposite direction, establishing a permanent “dark” Whole Foods store—dedicated to fulfilling online orders only—is another innovation harkening to Amazon’s ecommerce dominance.

The original dark store, located in Brooklyn, NY, is likely to be the first of many. Amazon is certainly not alone in this undertaking, as other grocers are opening alternative fulfillment centers for online orders as well.

Industry analyst forecasts suggest Amazon will ultimately have about 2,000 grocery stores in the United States, including about 750 Whole Foods locations, in the coming years.

But wait—there’s more. Amazon announced plans in August for several new brick-and-mortar retail locations in the tradition of a higher-end department store, carrying all manner of merchandise.

The 30,000-square-foot stores will reportedly be piloted in Ohio and California.