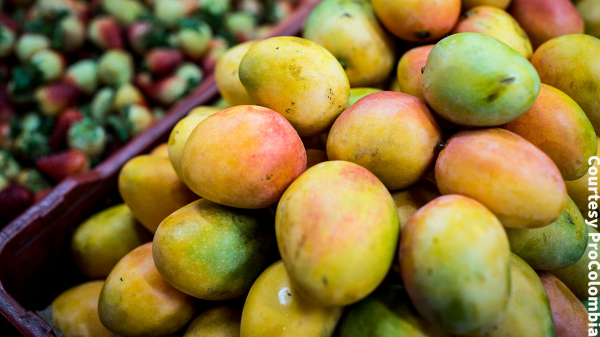 Washington, November 26th, 2021. The Animal and Plant Health Inspection Service (APHIS) published on November 22nd in the Federal Register the Final Notice with the phytosanitary requirements that Colombian producers, who are willing to export mangoes to the United States, must meet.

Such requirements are detailed in a Work Plan agreed between both phytosanitary authorities: APHIS, for the United States and the Colombian Agricultural Institute (ICA), for Colombia.

Mango imports will be subject to phytosanitary risk mitigation measures such as hot water treatment or phytosanitary irradiation.

Nowadays, the main suppliers of mango to the US are Mexico with a 57% share, followed by Peru (15%), Ecuador and Brazil (10% each) and Guatemala (3%). These countries export under conditions equivalent to those authorized for Colombia.

Moreover, according to figures from the Ministry of Agriculture and Fedemango —Colombian Mango Federation—Colombia exports, at least, US$ 2 million worth of mangoes to more than 10 countries in the world, including Canada, France, the Netherlands, and Belgium.

There are approximately 35,000 hectares (85,000 acres) of mangoes in Colombia that have an average yield per hectare of 10 tons, estimating a national production of 350,000 tons. Cundinamarca is the department with the highest production, followed by Antioquia and Norte de Santander.

“The announcement is an important achievement for our country and represents a great opportunity for the Colombian agricultural sector due to our capacity to harvest fresh produce throughout the year”, said Flavia Santoro, President of ProColombia, the government agency in charge of promoting Colombian exports internationally.

“The breakthrough is a result of the sanitary diplomacy strategy that has allowed various Colombian products access to the American market; this is also a reason to take advantage of the Free Trade Agreement we have in force with the United States since 2012”, Santoro added.

According to the USDA, mango is one of the favorite fruits of the American palates. In the last 10 years, consumption has grown by 63%, going from 2.24 to 3.65 pounds per capita.

In total, the United States imports 98% of the mango worldwide, which represented in 2020 around US$ 493 million, equivalent to 549,000 tons of mango. The strategic geographical position of Colombia in the hemisphere permits Colombia to provide this fruit in the United States throughout either the Pacific or Atlantic coast.

With fresh mango, there are already 106 Colombian agricultural products that are allowed to enter the United States. Hass avocado, peppers, blueberries, golden berries, tangerines, oranges, Tahiti lime and pineapple ‘made in Colombia’, are some of the products currently found across the US territory.

It is important to highlight that Colombian mango growers along with US mango and produce importers are very pleased with this announcement and are already working to comply with the import requirements with phytosanitary agencies ICA and APHIS.