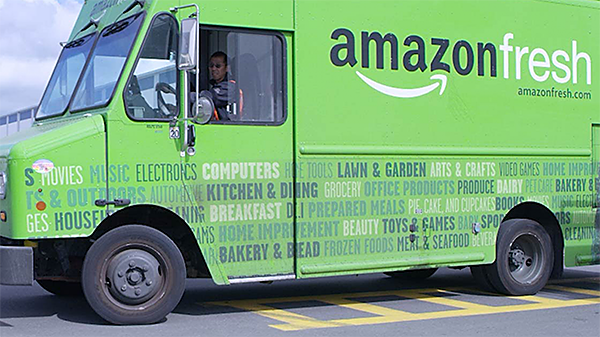 Some grocers were ahead of the curve when it comes to ecommerce, though few were ready for the scale of what would soon be needed.

“Competing retailers are often portrayed as scrambling to catch up with Amazon BB #:283186,” says Carol Spieckerman, president of Spieckerman Retail in Bentonville, AR. “Yet Walmart, Kroger, Ahold Delhaize, and others have been playing offense for some time.”

So too are independent retailers.

“Many independent grocers invested more aggressively in their ecommerce platforms in the year or two before the pandemic, in response to a general increase in demand for such services and to better serve their communities,” says Jim Dudlicek, director of communications and external affairs at the National Grocers Association or NGA.

Based in Washington, DC, the NGA represents more than 1,500 of the 21,000 independent retail and wholesale grocers located in the United States. According to a benchmark report NGA published with FMS Solutions, 64 percent of independents offered ecommerce services in 2019, up from 32 percent in 2018.

“So, they were well positioned when demand for shopping from home suddenly spiked in March 2020,” Dudlicek adds. “Now, not only is ecommerce here to stay, it continues to gain ground, and independents understand they need to continue upping their game to remain competitive.”

Advantage and conversion
Grocers’ ever-improving ecommerce infrastructure and consumers’ increasing comfort with online food shopping since the pandemic began have led to a big increase in online grocery sales, which grew 54 percent in 2020 to $95.8 billion, according to eMarketer.

This translates to a 12 percent share of total U.S. ecommerce sales and 7.4 percent of all grocery sales. Amazon, along with Walmart, maintains an advantage in the online grocery arena due to a broad range of offerings.

“Most online product searches start on Amazon, giving the company an unparalleled opportunity to convert searchers into grocery shoppers,” points out Spieckerman.

“The conversion opportunity will only increase as Amazon further integrates grocery under its main dot.com platform and app,” she continues. “Amazon and Walmart enjoy a multicategory advantage that pure-play grocers just don’t have.”