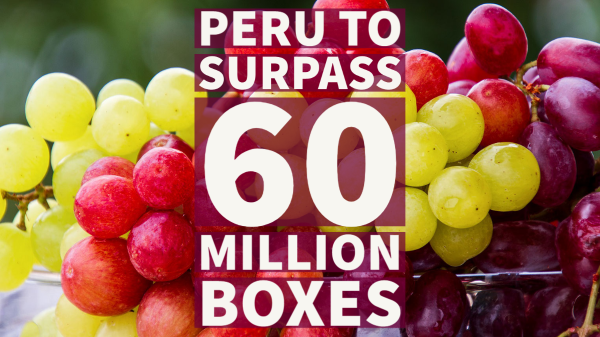 The Peruvian grape season has started, running from September to March, and, until October, has totaled 55,551 tons worth $148 million.

That reflects an increase of 22 percent in volume and 32 percent in value compared to the same period the previous season, as reported by Agraria.

It’s expected that at the end of this season, grape exports will once again exceed $1 billion, competing with blueberries for the first place in the ranking of the Peruvian agro-export basket. Despite the increase in supply, the average price of Peruvian fruit was $2.66 per kilogram, 8 percent more than the previous year.