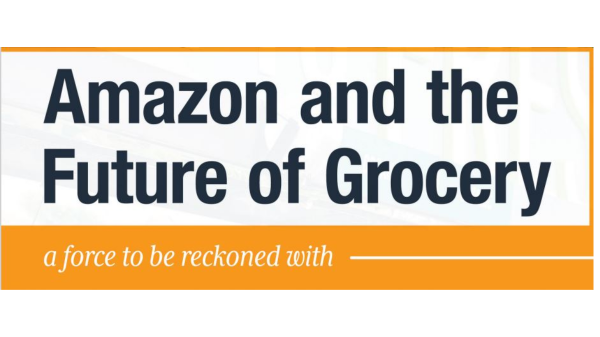 There is no question that Amazon BB #:283186 is an ecommerce powerhouse and a force in grocery retailing, especially online. But the company has faced some challenges as it has worked to expand and strengthen its grocery business, especially when it comes to its brick-and-mortar retail stores.

As the pandemic hit in early 2020, Amazon was well positioned to capitalize on the consumer move to online grocery shopping to avoid going to stores.

“All grocers were underprepared for the changes caused by the pandemic, but Amazon was better prepared than most because it had a well-developed delivery system for groceries,” notes Bill Bishop, chief architect at Brick Meets Click, a retail consultancy based in Barrington, IL, northwest of Chicago.

Carol Spieckerman, president of Spieckerman Retail in Bentonville, AR, agrees. “Amazon was unintentionally well prepared for the pandemic on any number of fronts, but particularly as it leaned into creating an owned, self-supporting fulfillment and delivery ecosystem.”

The ecommerce giant also had another advantage: “Most of Amazon’s competitors were relying heavily on delivery intermediaries like Instacart, Uber Eats, and DoorDash,” she says.

Forging Forward
Despite its relatively good position to deal with the crisis, Amazon did not rest on its laurels.

“It was well positioned before the pandemic and worked excessively hard to add new products and particularly new, faster service(s) during the pandemic,” explains Ed McLaughlin, Robert G. Tobin professor of marketing emeritus at the Charles H. Dyson School of Applied Economics and Management at Cornell University in Ithaca, NY.

Meanwhile, the company maintains high levels of consumer satisfaction, ranking at or near the top of surveys conducted by dunnhumby, Retail Feedback Group, and many others.

Amazon is also on its way to surpassing Walmart as the largest U.S. retailer by 2025, according to shopper intelligence firm Edge by Ascential.