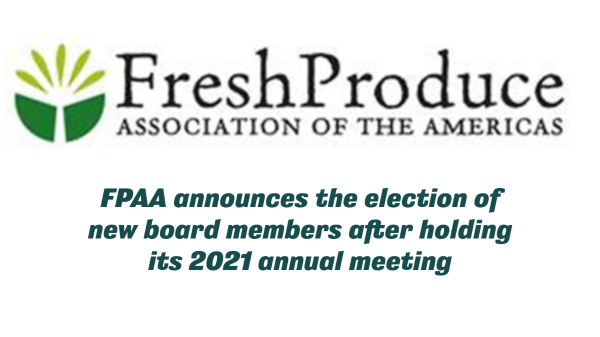 NOGALES, Az. – The Fresh Produce Association of the Americas (FPAA) BB #:144354 held its annual meeting on November 4th, 2021. Attendees had the option of joining the meeting virtually through the Zoom platform or in-person at the Tubac Golf Resort and Spa.

This year the FPAA hosted the meeting just prior to the start of the 52nd Nogales Produce Convention and Golf Tournament to celebrate FPAA members and elect a new board as the association headed into its convention.

The FPAA membership consists of Distributor and Associate member companies. Open board seats available included two-year terms for eight Distributor members and one-year terms for two Associate members. During the 2021 Annual Meeting, members had the opportunity to submit nominations for the available seats. FPAA Chairman, Leonardo Tarriba of Farmer’s Best International, led this portion of the meeting.

Tarriba began the second year of his two-year term as Chairman. Tarriba was joined by Chairman-Elect, Rod Sbragia, from Tricar Sales and Past Chair, Scott Vandervoet, from Vandervoet & Associates who also have one year remaining in their positions.

The Following Two Distributors Were Newly Elected for a Two-Year Term for 2021-2023:
Omar Losolla of Seeded Produce
Guillermo Martinez of Frello Fresh

The Following Were Re-Elected as Division Chairmen: 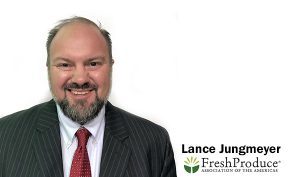 “To serve one another’s interest in the industry is an elevated calling for members of the FPAA,” said FPAA President Lance Jungmeyer. “The FPAA is blessed to have great returning board members as well as some new faces.”

About the Fresh Produce Association of Americas:

Founded in 1944 in Nogales, Arizona, the Fresh Produce Association of the Americas has grown to become one of the most influential agricultural groups in the United States. Today, the FPAA provides a powerful voice for improvement and sustainability by serving the needs of more than 100 North American companies involved in the growth, harvest, marketing, import, and distribution of produce.