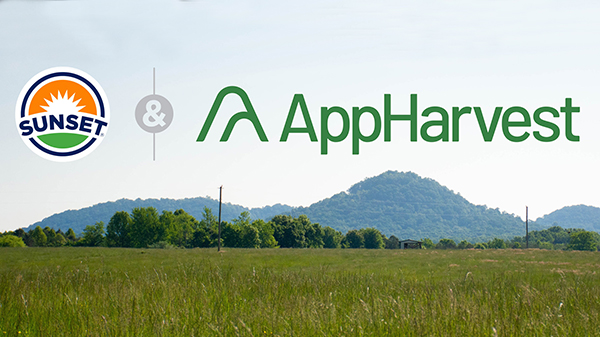 After quality issues and rock bottom tomato prices led to a $32 million net loss in the previous quarter, which inspired a class action lawsuit on behalf of investors, Morehead, KY-based AppHarvest says it is turning things around.

The company reported a net loss of $17.3 million in the third quarter of 2021, with better-than-expected sales thanks to higher percentage of No. 1 quality tomatoes and higher tomato prices.

The company leaned on its relationship with established grower, Kingsville, Ontario-based Mastronardi Produce BB #:115453, to improve training for employees, which improved yields.

“What we’re doing a better job of is partnering better with Mastronardi because they are so good at understanding the market,” said company president David Lee, during an earnings call held Nov. 10. “A lot of the changes that we’ve seen on quality and new training comes from a lot of the best practices they’ve seen amongst all the best operating CEA facilities they work with.”

The company had more off-quality tomatoes than it expected earlier in the year, coupled with “historically low” tomato prices, which led to it reporting a $30 million net loss in the second quarter. A class action lawsuit was filed on behalf of investors, which has a deadline of Nov. 23 to join.

The suit alleges AppHarvest used false or misleading statements and did not disclose “adverse facts pertaining to the company’s business,” specifically failing to disclose sufficient training for employees, which resulted in quality inconsistency and lower grade tomatoes.

After working with Mastronardi, No. 1 quality tomatoes are up 20 percentage points in the fourth quarter—which saw the start of the company’s second crop year, said founder and CEO Jonathan Webb.

The company also said it has paused an expansion project for lettuce at its headquarters, though it is continuing construction of several other separate projects, including lettuce, at other locations.

“One is to provide us financial flexibility,” he said. “The other is to incorporate design and other changes we’ll likely want to make after opening our first leafy green facility at Berea (KY).”

The company learned a few things after opening its first facility that made it decide not to open two lettuce facilities simultaneously.

“We recognized that there were certain things that we wanted to change for our next tomato facility, changes that we did implement into the Richmond facility, such as a different pack house and layout, different types of air handling systems,” he said.

Pausing the Morehead expansion will give the company the opportunity to make those adjustments.

The company remains on track to have nine indoor farms, including tomatoes, greens, and berries, by the end of 2025, he said.