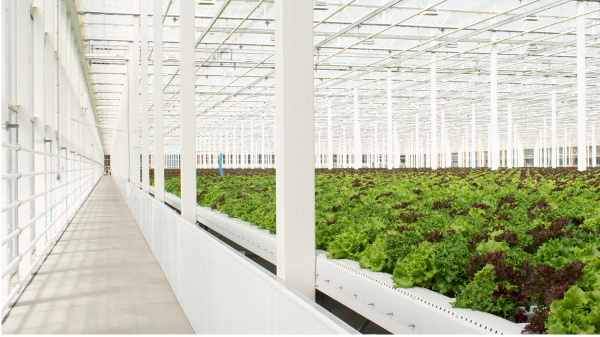 Anyone familiar with California agriculture cannot fail to be astonished at efficiency and productivity. Fewer people realize that one of the industry’s great strengths has been its ability to transform itself.

Under the Spaniards and the Mexicans, California was largely a cattle operation. In the decades after the American conquest in 1848, the vast Central Valley was dominated by wheat, largely grown for the British market.

Today many people associate California with the fruit and vegetable industry, which it certainly dominates. But history suggests that this may not always be the case. Over the next two decades, California agriculture probably will have to reinvent itself radically to cope with its challenges, notably labor, water, transportation—and competition from controlled-environment agriculture (CEA) in other regions of the country.

These factors have put an incredible pressure on the industry. The Salinas region, near the Central Coast, has long been regarded as the nation’s salad bar, but the picture has shifted in recent years, away from lettuce and toward strawberries.

“Strawberries moved up to the top crop spot with a value of $922,683,000,” says the Monterey County agricultural commissioner’s 2020 report. “This represents a 26% increase from 2019 and is largely attributed to increased acreage and pricing for strawberries.”

Johnston works exclusively with berries, 85 percent of which are strawberries.

The agricultural commissioner’s report noted, “Leaf lettuce dropped to the second most valuable crop at $712,681,000 with a decline of 15.2% or $127,874,000 compared to the previous year. This decrease mostly resulted from lower pricing for leaf lettuce.”

“Head lettuce remained the third most valuable crop at $428,580,000, a decrease of 16.6% or $85,508,000 from the previous
year,” the report continues. “The lessened value in head lettuce was due to a reduction in acreage and lower average pricing for lettuce.”

The dominance of produce in these growing areas could shift over the long term. CEA is one factor.

“In my opinion, technology is going to make a berry able to be grown in a greenhouse in all parts of the country,” says Johnston. “It’ll happen. I’ve seen it down in Santa Maria. It looks to be a winning deal.”

Although strawberries have been extremely lucrative, Johnston adds, he foresees “no acreage jump” for the crop. “Costs are extremely high to do this thing now.”

He mentions shipping costs for strawberries as being as high as $2 a box.

Dick Peixoto, owner of Lakeside Organics Gardens, LLC, BB #:155561 based in Watsonville, CA, says that CEA “is not really a threat yet” to local operations, “but it’s on the horizon.”

One huge disadvantage for open-field California produce is mounting transport costs: “$5,000 to $15,000 for a truck to the East Coast,” Peixoto remarks. “Wow.”

In October, Hannaford Supermarkets, a New England retail chain, announced that it would be sourcing all of its whole-head romaine from a Maine aquaponics company called Springworks—perhaps a harbinger of the future nationwide.

California agriculture will certain reinvent itself and triumph in the face of growing trends, such as the one toward CEA. In which direction it will go is quite another question.