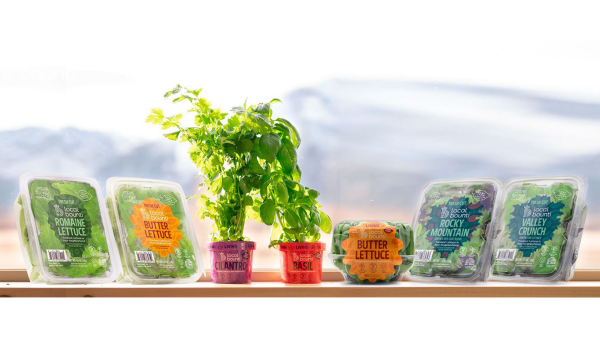 A leader in the controlled environment agriculture (“CEA”) space, where it uses 90% less water and 90% less land than traditional agriculture, Local Bounti is focused on significantly increasing produce shelf life, reducing waste and emissions, and addressing the availability of high-quality produce in local communities.

Local Bounti recently expanded its retail footprint with a significant new customer win by adding Albertsons BB #:193326, the second largest traditional grocery retailer in the U.S., to its customer base with products initially being rolled out to 84 locations in Utah, Idaho, Montana, Wyoming, Colorado, and Oregon, to provide Local Bounti’s expanded lineup of leafy greens and herbs that will arrive in-store within days of harvest.

With the addition of these stores, Local Bounti’s distribution network now exceeds 500 retail locations and with this development Local Bounti is one of the most widely distributed indoor growers of leafy greens in the region.

Local Bounti completed expansion of its flagship Hamilton, Montana facility, which was originally expected to be completed and operational by the end of the fourth quarter of 2021. This facility became operational a quarter ahead of plan after increasing capacity by approximately 140 percent to meet rapidly growing demand. Local Bounti also recently acquired 20 acres of land adjacent to the Hamilton location for a planned R&D facility.

In response to growing customer demand, Local Bounti launched spring mix in the third quarter of 2021, increasing its SKU count from seven to eight. Spring mix joins Local Bounti’s existing line-up alongside red-green blend, crispy green leaf, butter head, loose leaf butter, romaine, cilantro, and basil. Additional products targeted for release in the first half of 2022 include spinach and arugula, among others.

“We are exceptionally pleased with our execution on multiple fronts in rapidly building our business toward fast facility and revenue scale up,” said Craig Hurlbert, co-CEO of Local Bounti. “I’m proud of our Local Bounti team in making this happen and it illustrates the strength in our business model and strategy, along with demonstrating the growing appetite our retailer and consumer customers have for longer lasting, sustainably grown fresh produce. Successful completion of these initiatives further paves the way toward our plans to have the best unit economics and growth trajectory of any company in the CEA space. We also continued the forward progress with our planned business combination with Leo so we can continue our mission as a publicly traded company,” continued Mr. Hurlbert.

Local Bounti estimates that the total U.S. market for herbs and vegetables is anticipated to reach $30 billion by 2025, with less than one percent of leafy greens being grown indoors today. To learn more about Local Bounti’s unique growing process, diversified product offerings and experienced leadership team, please visit localbounti.com.

Local Bounti is a premier controlled environment agriculture (CEA) company redefining conversion efficiency and environmental, social and governance (ESG) standards for indoor agriculture. Local Bounti operates an advanced indoor growing facility in Hamilton, Montana, within a few hours’ drive of its retail and food service partners. Reaching retail shelves in record time post-harvest, Local Bounti produce is superior in taste and quality compared to traditional field-grown greens. Local Bounti’s USDA Harmonized Good Agricultural Practices (GAP Plus+) and non-genetically modified organisms (GMO) produce is sustainably grown using proprietary technology 365 days a year, free of pesticides and herbicides, and using 90 percent less land and water than conventional outdoor farming methods. With a mission to ‘bring our farm to your kitchen in the fewest food miles possible,’ Local Bounti is disrupting the cultivation and delivery of produce. Local Bounti is also committed to making meaningful connections and giving back to each of the communities it serves. To find out more, visit localbounti.com or follow the company on LinkedIn for the latest news and developments.