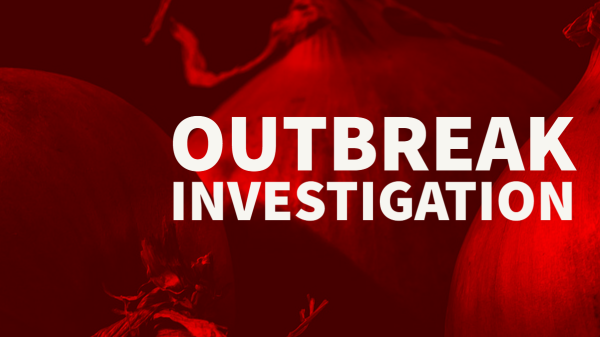 As of November 16, 892 illnesses and 183 hospitalizations have been reported, with no deaths. The outbreak has affected 38 states and Puerto Rico.

The FDA, along with CDC and state and local partners, is investigating a multistate outbreak of Salmonella Oranienburg infections linked to whole, fresh onions.

FDA’s traceback investigation is ongoing but has identified ProSource Inc. BB #:365313 (also known as ProSource Produce, LLC) of Hailey, Idaho as a source of potentially contaminated whole, fresh onions imported from the State of Chihuahua, Mexico.

Epidemiological data collected by investigators from the CDC and state and local partners identified 20 illness clusters at restaurants where onions were served. Information from these clusters shows that many ill people ate raw onions. Investigators worked to identify a common food item eaten by all of the sick people in an effort to identify the source of the outbreak.

State officials collected food items from some of the restaurants where sick people ate. The outbreak strain of Salmonella Oranienburg was found in a sample taken from a takeout condiment cup containing cilantro and lime.

The sick person reported that the condiment container also contained onions, but none were left in the cup when it was tested. Because multiple food items were present in the container and in the sample that was tested, it is not possible to know which food item was contaminated.

FDA’s traceback investigation identified ProSource Inc. as a common supplier for many of the restaurants that sick people reported eating at, including the restaurant where the sample from the condiment cup containing cilantro, lime, and previously onions, was collected.

The FDA continues to conduct its traceback investigation to determine if additional products or suppliers have been affected. Additional information will be provided as it becomes available.

The following quote is attributed to Frank Yiannas, FDA Deputy Commissioner for Food Policy and Response

“The FDA, along with the CDC and our state and local partners, is working to investigate a multistate outbreak of Salmonella Oranienburg infections linked to whole, fresh onions.

“The FDA’s traceback investigation is ongoing but has identified ProSource Inc. (also known as ProSource Produce, LLC) of Hailey, Idaho as a source of potentially contaminated whole, fresh onions imported from the State of Chihuahua, Mexico.

“To date, this outbreak has resulted in 652 illnesses in consumers across the U.S. Illness subclusters investigated in this outbreak thus far are associated with restaurants and food service locations. That’s why as our investigation continues, we’re advising restaurants, retailers and consumers to not eat, sell, or serve red, yellow, and white onions supplied by ProSource Inc. that were imported from the State of Chihuahua, Mexico from July 1 through August 27, or products containing these onions. ProSource Inc. has agreed to voluntarily recall such onions.

“We are issuing this update early in our investigation as part of our continued commitment to transparency and early communication. We will provide updates as we learn more during our continuing traceback investigation, especially if there are any updates to this critical public health advice.”

ProSource Inc. has agreed to voluntarily recall red, yellow, and white onions imported from the State of Chihuahua, MX, with import dates from July 1, 2021 through August 27, 2021. Descriptions of these onion types include, but are not limited to, jumbo, colossal, medium, and sweet onions. Additional recall information will be made public as soon as it is available from ProSource Inc. 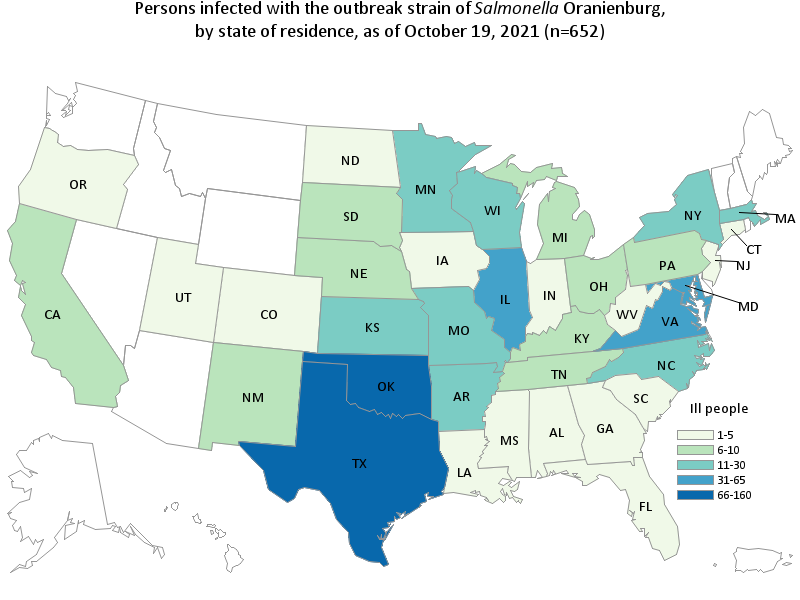