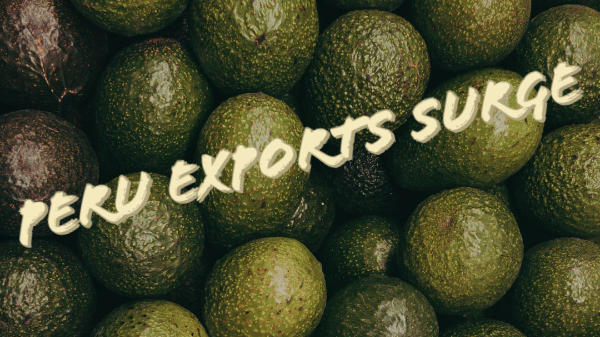 Peruvian fruit and vegetable exports exceeded $2.8 billion from January to July 2021, a rise of 26 percent over the same period last year, according to the Association of Peruvian Exporters (ADEX).

ADEX stated to Andina.pe that fruit exports, including fresh, frozen, canned and dried, amounted to $2.321 billion through July of this year.

Avocados stood out with $925 million, followed by grapes with $538 million, mangoes with $346 million, tangerines with $167 million, and blueberries.

The U.S. was the main destination for Peruvian fruit exports totaling $681 million, accounting for 29 percent of total sales. It was followed by the Netherlands with $581 million, Spain, Chile, the UK, China, South Korea, Canada, and Russia.

Vegetable exports amounted to $480 million though July of this year, an increase of 15.1 percent.

The U.S. was again the main destination with $235 million, followed by Spain with $61 million, the Netherlands with $33 million, France with $19 million, and the UK, among others.

In 2020, the U.S. and Germany were the main world importers of fruit and vegetables.