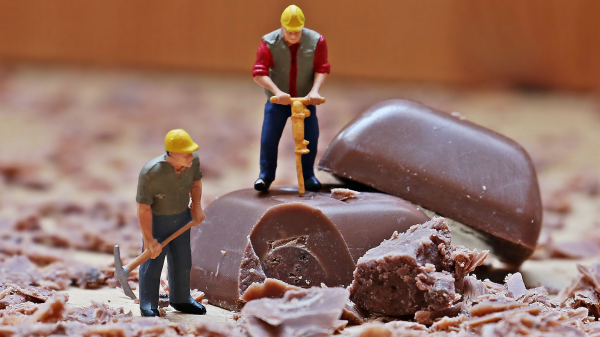 My wife, Nicole, and I have been enjoying the Netflix series Downton Abbey for the past week or so. It is set in a great English country house around the First World War.

At one point, Lord Grantham, the proprietor, complains that the servants’ wage bill is three times what it was before the war.

Which makes sense. The Encyclopedia Brittanica says that the British Empire lost over 900,000 men in that war. If labor is a matter of supply and demand, it stands to reason that the ones who were left could command higher wages.

Similarly, the Black Death in the fourteenth century, which killed between 30 and 60 percent of the population of Europe, ultimately led to a significant rise in real wages (see here, although it may provide more detail than you need).

We have just gone through a similar dislocation. COVID deaths in the U.S. have amounted to some 681,000. Regrettable as those are, compared to the losses of the Black Death and World War I, this is a not terribly high percentage in a population of some 333 million.

You can drive around the western suburbs of Chicago (where the Blue Book headquarters is located) and see any number of signs in store windows saying, “We’re hiring. Starting at $14/hour,” or more.

Some wisdom in the retail industry is suggesting that raising wages may not be enough.

This is a reasonable conclusion to reach when, as the study indicates, “42% of retail associates said they are considering or have already decided they are planning to leave the retail workforce after the pandemic” (a curious echo of the Downton Abbey world, which lost huge numbers of servants, who found better working conditions in shops and factories).

Reasons? “Almost half (43%) of respondents say they don’t feel consistently heard when making suggestions to retail headquarters about in-store changes and improvements.”

Furthermore, “only 24% of associates said retailers were doing enough to retain talent and build an ambitious retail workforce.”

Probably the most important conclusion of the Zipline study: “As retailers make in-store improvements to enhance the customer experience, they also need to consider making similar investments to streamline communication with their employees, create a better work environment and ensure associates feel valued and heard.”

That seems to be the crux of the matter, whether we are talking about retail, produce, or any other industry. The single most important thing in getting and keeping first-rate employees is to make sure that they feel “valued and heard.”

We could go further and say that this requires a multidimensional approach. It’s not just wages—but it’s partly wages. Who wants an email from the boss saying “Great job” when you’re still being paid what you were in 2016?

But feeling valued and heard is equally important. An employee may have a genuine concern about some detail of management that makes their work harder and slower and may even have a ready solution. It is maddening to think that their suggestion will be ignored.

Mr. Dithers—the grumpy boss—the tyrannical tycoon chomping down on his cigar—the petty bureaucrat stuffing lists and rules and protocols down his workers’ throats. These are stock figures in the American scene. But at this point, pandemic or no, they are threats to a company’s survival.