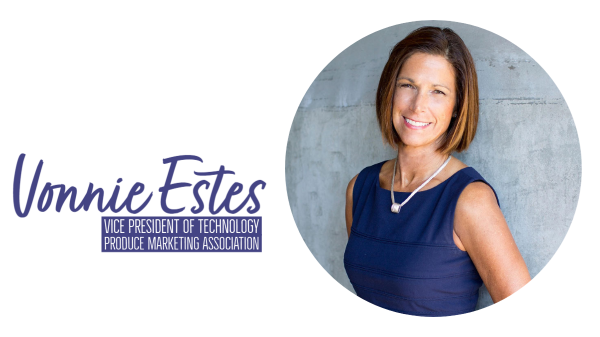 Without giving too much away, I remember the “not your father’s Oldsmobile” commercials that General Motors used to demonstrate how technology had improved an existing product to meet the needs of a new day.

The same is true of biologicals – products made from natural sources that help growers manage their production systems: biostimulants, biofertilizers, and biopesticides. Yes, they’ve been around since the 1970s, but they’ve changed, and they are worthy of another look. They are not your father’s (or your mother’s) biologicals.

Recently, the PMA Takes on Tech podcast addressed biologicals and why they are viable tools for growers today.

We gathered experts to discuss what makes these tools different from before and attractive for today.
• Technology has made these tools more specific, which makes them more effective.
• Better testing tools prove they work – we can see the results.
• They are targeted, tactical, and contribute to sustainability.

Our speakers gave more detail on how this can work for growers. You can get the full podcast, simply scroll to the June 29, 2021 edition of PMA Takes on Tech: “What are biologicals and are they a viable alternative to conventional inputs?” You’ll get more on these topics and discussions on applicability for organics, carbon issues, consumer acceptance, and more.

The conversation in this podcast was one of the most candid I’ve been a part of on biologicals. After many years in the ag tech sector, I know it’s hard to navigate this ever-changing world in developing and adopting new solutions to industry problems.

These efforts traditionally have focused on row crops. But companies are increasingly looking at and developing applications for specialty crops, assessing how these tools can improve producers’ outcomes – crop quality and efficiency (yield, nutrition), disease resistance, sustainability, and more.

As one speaker put it, the goal is successful farms: “We want to see every farm out there be a lot more profitable and have the kind of economics and business sustainability…. And then ultimately, we’ve got a more resilient agricultural system than we have today, better for the health of the soil, better for the broad environment around us.”

Biologicals have been around for years, yet they represent only 10 percent of fungicide sales, and they’re not making a huge dent in nutrition inputs.

Biologicals may require different handling and application (e.g. refrigeration, more than one application), which could mean changes in a grower’s operations, and those have to be evaluated. Many growers remain skeptical.

One of the problems is proving efficacy. In the past, and maybe in some cases today, claims without data backup have led to a lot of “snake oil” out there, as one speaker put it, which has tainted the reputations of products that do have proof points. Testing has evolved so that results can be proved.

According to one of our speakers, we can now talk about the mechanism of action, where we couldn’t before. We can get into the details on why something works and why a new product can deliver exactly the benefit it claims.

So, as you consider biologicals for your operation, be sure you delve deeply into product claims so you can be confident the product will do what the company says it will.

One of our speakers noted: “The goal has always been for biologicals to allow for a reduction in the use of conventional products, but not serve as an all-out replacement. A lot of people mention that biologicals should be used as part of an integrated pest management program – one input of many to control pests. I think a lot of cases where you’ve seen biologicals be quite effective are in spaces where they’re controlling low to moderate disease pressure.”

Let me point out another benefit of biologicals.

Today, companies must consider the wide-ranging effects of production practices, whether that’s nitrogen issues in waterways or the impact of traditional pesticides on beneficial organisms. Biologicals, for the most part, are better for the environment – decreased nitrogen runoff, improved soils and results, and fewer chemical applications.

One speaker noted: “I think one of the biggest incentives to change is…reduction in both the production of greenhouse gas and our reliance on fossil fuel. So, if we’re able to reduce just a (small) amount of nitrogen fertilizer that’s industrially produced that we’re providing to our farmlands, this should go a long way in just leaving the environment in a much better state.”

We see increasing interest in sustainability, to the point of local, regional, or national jurisdictions considering regulations. Biologicals may be a way to address society’s concerns for the future as well as your own concerns for your environment today.

For a variety of reasons – those discussed here and others considered by the experts we convened in the full podcast – I encourage you to take a look at biologicals. They have evolved significantly since the end of the last century. Try them in a pilot, compare the outcomes to your existing practices. I think you’ll see they can be an effective tool in your crop management system.

Need more information? Check out the podcast or contact me at vestes@pma.com.

Vonnie Estes is Vice President, Technology for the Produce Marketing Association, and she hosts the PMA Takes on Tech Podcast.