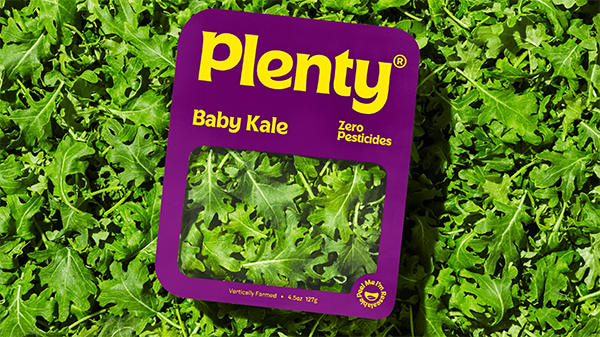 SOUTH SAN FRANCISCO, Calif.–(BUSINESS WIRE)–Plenty BB #:356949, the flavor-first vertical farming company with a mission to improve the lives of people, plants, and the planet, today announced the appointment of Gerardo Navarro Spamer to Grow Director.

In this role, Gerardo will manage Plenty’s grow teams in both San Francisco and Compton, California, while working closely with R&D and Farm DevOps teams to optimize all aspects of plant growth.

“Gerardo is a fantastic addition to our team, as he has spent his career managing highly technical indoor growing environments,” said Nate Storey, co-founder and chief science officer at Plenty.

“Our Compton farm will be the highest-output indoor vertical farm, which is something that has never been done before. We are excited to utilize his expertise as we revolutionize agriculture and ensure Plenty consistently delivers produce at peak flavor and nutrition.”

“Plenty’s mission to improve the lives of people, plants and the planet is one that resonates with me,” said Spamer. “I have spent my career helping to improve growing conditions at farms all over the world and I believe everyone should have the same access to healthy, flavorful food. I am excited to work with the teams at Plenty to help bring their vision to life in Compton and in future farms.”

Gerardo received his Bachelor of Science in agricultural engineering from Monterrey Tech in Mexico and his Master of Science in vegetable production from the University of Almeria in Spain.

Plenty is an American farming technology company that frees agriculture from the constraints of land, weather, seasons, time, distance, pests, natural disasters, and climate. The company’s plant scientists, engineers, and farmers have developed its indoor vertical farming technology to grow nutrient-rich and pesticide-free plants with extraordinary flavor. Plenty’s proprietary towers and intelligent platform make it the only vertical farm that can grow multiple crops with consistently superior flavors and yield. Plenty’s flagship farm and headquarters are located in South San Francisco, California, and the company operates the largest of its kind Research and Development farm in Laramie, Wyoming. Plenty is currently building the world’s highest-output, vertical, indoor farm in Compton, California.