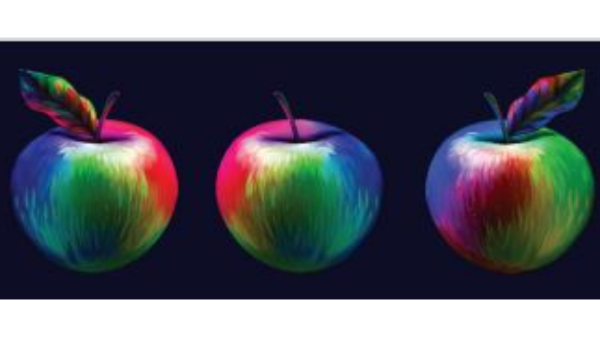 Imports are not a major factor in the apple industry, but exports are.

“We do not feel import volumes will change exponentially in either direction, unless an opportunity is created by a weather event,” says Chuck Yow, director of sales for BelleHarvest Sales, Inc., BB #:104436 of Belding, MI

“The amount fruit that comes in is totally reciprocal to domestic production and holdings. With strong increases in domestic production over the past decade, imported apples have been reduced significantly, and it’s doubtful that will change anytime soon.”

As for exports, the United States has been involved in a trade war in recent years, and trade wars have casualties.

“It’s been challenging for exporting apple shippers to pay the steep tariffs that have evolved over the last few years,” says Cynthia Haskins, president and CEO of the New York Apple Association BB #:153673.

“Exports in 2020-21 are down 20 percent from the previous season,” points out Lindsay Huber, international marketing specialist for the Washington Apple Commission, BB #:160338, “while competition from other apple-growing areas is increasing continuously.”

One such area is Eastern Europe, which has reportedly been moving into Asian markets. China is a significant exporter as well.

“China is becoming increasingly aggressive in the export arena,” says Todd Sanders, CEO of the California Apple Commission BB #:153589. “With China focusing on Southeast Asia, he says, the United States will need to “look at other markets to relieve pressure on the domestic market.”

Disputes with India have been at the forefront recently. In March 2019, the previous presidential administration removed India’s preferential treatment in trade. India retaliated by placing stiff tariffs on 28 American products, including almonds, walnuts, and apples.

Huber explains: “India places a base tariff of 50 percent on all imported apples, and U.S. apples, the majority of which are Washington apples, currently face an additional 20 percent tariff.”

And when it comes to exports, Washington apples account for approximately 95 percent of all U.S. apple exports. “The most recent dispute with India,” Huber continues, “added the requirement of non-GMO certification to all shipments, another barrier for the industry.”

The ruling, which came into force on March 1 following a three-month postponement, required some fresh produce imports to India—including apples, melons, plums, peppers, and tomatoes to carry proof they had not been genetically modified.

By an agreement later in March, the requirement was dropped.

“The issue has since been resolved,” Huber points out, “but the initial delay of the implementation, followed by actual market closure, created uncertainty and disruption in the market.”

With a new presidential administration in place, Yow believes there’s a good chance exports will improve. “Unfortunately, exports are just one piece in an overall foreign policy process, and therefore it’s unpredictable.”

Another major factor affecting apple exports early this year was the disruption at the West Coast ports. There were two principal reasons, both related to the coronavirus. In the first place, the disease hit many port workers, increasing absences as well as requiring social distancing and thus reducing efficiency.

This is an excerpt from the Apple Spotlight in the July/August 2021 issue of Produce Blueprints Magazine. Click here to read the whole issue.