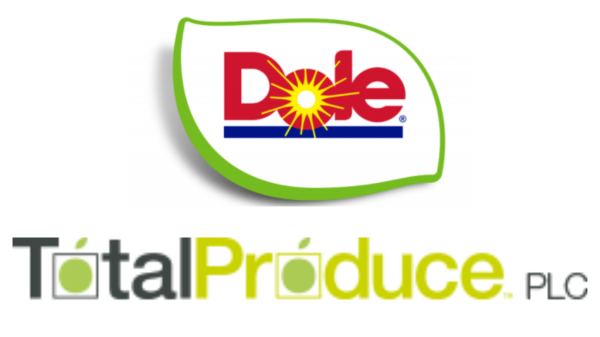 DUBLIN, Ireland–(BUSINESS WIRE)– Dole plc BB #:124463, a newly created company formed for the combination of Total Produce plc and Dole Food Company, Inc., announced today the pricing of its initial public offering of 25,000,000 ordinary shares at a price of $16.00 per share.

The shares are expected to begin trading on the New York Stock Exchange on July 30, 2021 under the ticker symbol “DOLE” and the offering is expected to close on August 3, 2021, subject to customary closing conditions.

A registration statement relating to the shares being sold in this offering was filed with the Securities and Exchange Commission and became effective on July 29, 2021.

DUBLIN, Ireland–(BUSINESS WIRE)– The board of Dole plc announces that the mandatory share exchange arrangement was implemented on July 29, 2021.

As a result of the implementation, Dole plc acquired the entire issued share capital of Total Produce plc in exchange for the issue of new shares in the Company to the Total Produce Shareholders.

Those shareholders who held Total Produce Shares through the Euroclear System or as CREST Depositary Interests should contact their stockbroker or other intermediary for details on their new shareholding in Dole plc.

The Company also announces that, immediately following implementation of the mandatory share exchange arrangement, the previously announced merger between a subsidiary of the Company and DFC Holdings, LLC, the parent company of Dole Food Company, Inc., was completed. As a result of the merger and related transactions, affiliates of Castle & Cooke, Inc. received new shares in the Company and Dole Food Company, Inc. became an indirect, wholly owned subsidiary of the Company.

About Dole plc
The combination of Total Produce plc and Dole Food Company, Inc. with newly formed Dole plc will bring together two complementary, synergistic and culturally aligned organizations each with more than 150 years of history in the fresh produce industry.

Dole plc will be one of the world’s largest producers of fresh bananas and pineapples, and one of the leaders in value added salads and fresh packed vegetables in the United States. It will also have a growing presence in categories such as berries, avocados, and organic produce.

Dole plc will offer over 300 products grown and sourced both locally and globally from over 30 countries in various regions, and distributed and marketed in over 80 countries, across retail, wholesale, and foodservice channels.

Dole plc’s goal is to build a healthier, more sustainable tomorrow by increasing per capita consumption of fruits and vegetables today with a clear vision to “Make the World a Healthier Place.”