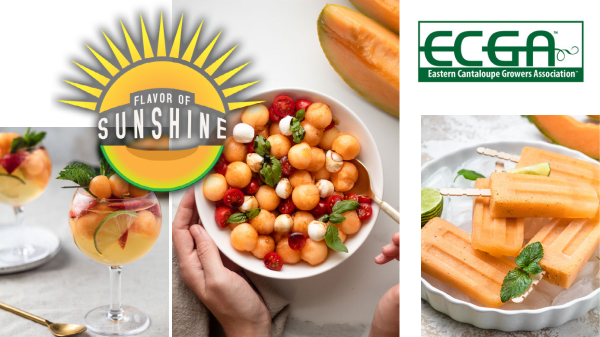 LAGRANGE, GA – While genetically similar, there is a big difference between the sweet, juicy cantaloupes grown during the balmy summers in the South and Midwest, compared to cantaloupes grown in the hot, arid West.

The Eastern Cantaloupe Growers Association (ECGA), a leading food safety and advocacy group for Eastern Cantaloupe growers, has teamed up with key food influencers to bring this message to social media throughout the 2021 peak season. 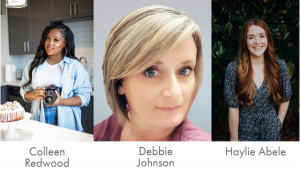 Building on 2020’s successful Flavor of Sunshine campaign, ECGA turned to renowned influencers Colleen Redwood (@sprinklesofcocoa) and Haylie Abele (@ourbalancedbowl) to develop new recipes and share with their extensive audiences all that is great about Eastern Cantaloupes.

“Eastern Cantaloupe growers recognize the importance of supporting their retailers, and getting consumers excited about buying delicious, locally-grown, seasonal fruit, is a great way to do that,” said Debbie Johnson, ECGA Executive Director.

Meanwhile, Haylie Abele has contributed recipes for an Eastern Cantaloupe Caprese Salad and Spiced Cantaloupe Bread. Colleen and Haylie are also promoting tips and lifestyle information for consumers on the best ways to select, store and prepare Eastern Cantaloupes for any dish.

“We’ve focused on easy recipes with familiar ingredients that are perfect for warm summer days and nights,” added Johnson. “The consumer response has been phenomenal; we’ve heard stories of consumers asking their produce managers ‘are these Eastern Cantaloupes’, which is exactly what we were hoping for,” Johnson concluded.

Also called Athena Melon, muskmelon and rock melon, among other names, Eastern Cantaloupes are grown throughout the Midwest and all along the East Coast. Melons produced in these regions, which are only typically available from May through early September, benefit from the wetter climate and rich soil, and consequently tend to be larger and sweeter than melons grown in the Western U.S. Because of transportation distances and logistics, Eastern Cantaloupes make it from field to retailers’ receiving docks in as little as 24 hours.

To learn more about the 2021 Flavor of Sunshine campaign, visit flavorofsunshine.com. For more information on ECGA, including how to become a member and details on the organization’s highly regarded food safety program, visit ecga.org.

The Eastern Cantaloupe Growers Association (ECGA) was founded in 2013 to foster programs that serve the needs of the Eastern Cantaloupe industry. Headquartered in LaGrange, GA, the organization is committed to strict adherence of the highest food safety standards and provides educational programs on the proper production, packing, handling, storing, processing and distribution of Eastern Cantaloupes and similar melons. It also conducts unannounced safety audits at member farms and packing facilities. In addition, ECGA members benefit from marketing initiatives that educate buyers, grocers and consumers about the benefits of Eastern Cantaloupes. Learn more at ecga.org.