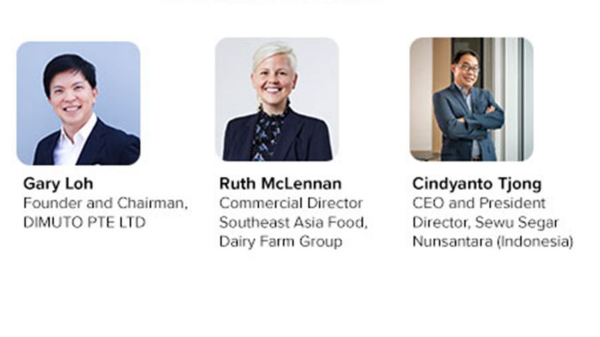 The COVID-19 pandemic changed the way the produce and food industries operate in Southeast Asia, just as elsewhere.

However, the experiences are different everywhere, proving once again, we’re not all in it together.

During a PMA BB #:153708 town hall webinar July 7, produce leaders from Southeast Asian companies told what they expect the rest of 2021 and beyond.

For starters, Ruth McLennan, commercial director SE Asia Food, Dairy Farm Group, Hong Kong, pointed out that countries in Southeast Asia are at various levels of lockdown due to rising cases of the virus.

She said in retail, it has vastly sped up the online grocery transition, as retailers have overcome trust issues from consumers.

Meanwhile, Cindyanto Tjong, CEO of Sewu Segar Nunsantara, Indonesia, says in his country, the public market or wet market is a cultural institution, with about half of all fruits and vegetables bought in these markets.

He said during certain stages of lockdown, the markets will be closed while traditional retailers will remain open.

However, it’s not that unusual in Indonesia, as weather can do the same thing, and has for generations, as the country is a hot and rainy place.

Gary Loh, founder and chairman of Dimuto Pte Ltd, Singapore, said businesses looking to work in Southeast Asia need to realize there are many differences among the countries there.

“Each country is different, and it’s important to understand each one’s culture,” he said. “I like to say, come to Singapore first because every part of Southeast Asia is represented here.”

Tjong said that while the public market experience is a cultural thing that won’t go away, it presents challenges to the food system.

Loh said there are ongoing problems with the cold chains, and exporters to there need to be careful to understand them.

McLennan noted that many of the wet market companies have adjusted during the pandemic and set up online markets and do some business that way.

She said that while sustainability is important in SE Asia, consumers there don’t expect it to affect the cost of product.

“Will they pay for it?” she asks. “I think value still has to be there.”

Loh agreed that most consumers in SE Asia will not pay more for sustainability, so it’s up to suppliers to identify waste and inefficiency, and then cut them.

He said companies need to share data with each other and then consumers.