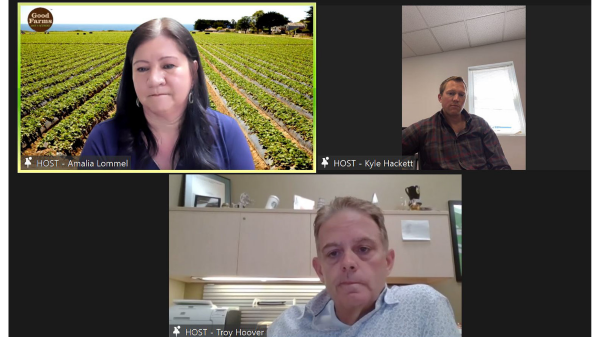 A company does not become sustainable overnight.

It starts and continues with making incremental improvements.

Speakers during a June 16 United Fresh BB #:145458 Reimagine webinar talked about what they’ve learned about being more sustainable and how to communicate that both to corporate partners and consumers.

Kyle Hackett, COO, Dayka & Hackett BB #189566, Reedley, CA, said one of its retail customers requires vendors to reduce plastic packaging by 10 to 20 percent per year, so this year, Dayka & Hackett went to a thinner film.

“We’re not going to cut all plastic in a day,” he said.

Troy Hoover, Vice President of Evolution Fresh at Starbucks said plastic reduction isn’t just something to do to keep accounts or to be nice.

“It’s something consumers expect,” he said.

Along those lines, consumers expect food companies to work to fight food waste.

For instance, it has a supplier that gives Starbucks second cut spinach that’s harvested after the first round for retail customers.

“It’s not as good looking, but it’s good and nutritious and perfect for juicing,” Hoover said.