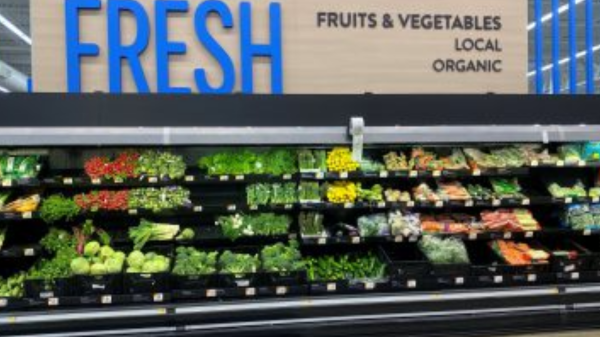 One new trend: nutritional psychiatry. Because, guess what? Your diet affects your mood and your mental health, we learn from Bon Appétit magazine.

“The brain connects to the gut through the vagus nerve,” notes writer Lisa Ruland.

“This ‘wandering nerve’ acts as a two-way highway, constantly sending signals and chemicals back and forth between the brain and gut. One of these chemicals is serotonin, our natural mood regulator. We produce over 90 percent of our body’s serotonin outside the brain, in the gut—precisely where our food is digested and broken down into vitamins, minerals, and other nutrients. This enables a natural symbiosis between food and the body’s brain chemistry.”

Though Ruland doesn’t mention it, there’s another benefit to a healthy diet that includes large amounts of fruit and vegetables: you’re likely to feel better about yourself. Even when you’re down, you can say, “At least I’m eating healthy.”

As I’ve noted in a previous column, Americans have been heavily sold on the advantages of fruits and vegetables: all things considered, there are few industries that have as much support as produce. Yet fruit and vegetable consumption is flat and continually challenged by fast food and processed food.

My colleague Pamela Riemenschneider has delivered a spirited critique of the “plant-based” trend, which, she contends, is not a friend of the produce industry. “The last thing the produce industry needs . . . is extruded fruit and vegetable slurry in nugget form,” she said in TPR’s June 4 “Week in Review.”

Dietary innovations in the U.S. seem to start as health food and deteriorate into junk food. The cornflakes promoted by Dr. Kellogg in the nineteenth century have devolved into Count Chocula (and granola may contain even more fat and sugar than the latter). Yogurt has in many cases been turned into a type of frozen custard.

Even the produce industry has not escaped this trend. I’ve never eaten Cotton Candy grapes; I’m sure they are delicious. But their very name reveals the pressures junk food puts on produce.

Why? The usual answer is that Americans are lazy and self-indulgent. I believe that the truth is almost exactly the opposite. Americans are relentlessly hard workers: one source says we work 1,757 hours a year—more than practically every other country in the developed world, and considerably more than the 1,354 average hours in Germany, which is hardly a nation of sluggards.

Americans eat fast food, I believe, partly because we work so hard, and we have such rushed and demanding schedules. I’m living proof of this.

During the year of the epidemic, I lost 10 pounds, because I wasn’t rushing around to the office and so on, picking up fast food on the way. I ate at home. I made no other changes to my diet or lifestyle. In fact, I stopped going to the gym (my wife had some concerns about contagion).

Like the rest of American business, the produce industry is eyeing the nation’s slow return to normal, wondering how many pandemic trends will continue in the long term. We can hope that one of them will be eating more of what’s good for us.