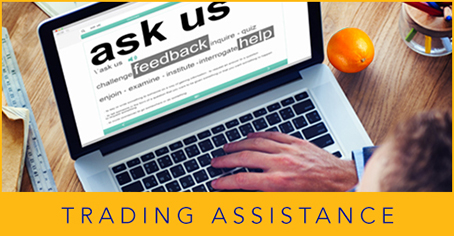 The Problem
Establishing financial damages resulting from a late truck.

The Key Point
Late claims require proof of failure to use reasonable dispatch and proof of resulting damages.

The Solution
Consider including a liquidated damages provision in transportation agreements.

Q: We are a receiver located in Ohio and looking to protect ourselves in late truck situations. We have read the Blue Book Transportation Guidelines and understand that trucks are usually only required to use “reasonable dispatch” and what we might consider a “late truck” may not be considered late in breach of the contract of carriage. But in situations where the truck is clearly and significantly late, we want to ensure we’re able to establish financial damages. Please advise.

A: Damages resulting from a carrier’s failure to use reasonable dispatch can be difficult to show. As you’ve seen in Section (10.11) of Blue Book’s Transportation Guidelines, we’ve provided a rough framework for assessing losses based on the extent of the lateness.

This section provides, in part—
[W]hen delivery is only one (1) or two (2) days late (and temperatures were properly maintained in transit) it may be difficult or impossible for the buyer to establish that the produce was appreciably affected by the delay. Blue Book has generally taken the position that after a one (1) or two (2) day delay, damages must be supported by the USDA’s Market News Service reports for the dates in question.

If, on the other hand, the product is three (3) or more days late, Blue Book has generally taken the position that an injured party may rely upon the difference between the destination market value of the product in good condition on the date the product was supposed to arrive, and the actual proceeds realized from the sale of the late product, provided these proceeds are supported with a government inspection certificate and a detailed accounting reflecting a prompt and proper resale of the late product. The perishability of the commodity in question may be an important consideration.

Applying this framework to a basic scenario where a truck breaks down and arrives two days late, we have generally taken the position that any damages alleged must be supported by USDA’s Market News reports for the dates in question.

But in situations where no Market News report is available, or the price of the commodity remained steady during the relevant timeframe, receivers may not be able to quantify their alleged losses.

This can frustrate receivers who have lost business and expect a remedy from a breaching carrier that may be unwilling to offer a satisfactory price adjustment.

One approach to avoid this frustration is outlined in Section (10.13) of the guidelines—

For example, the contract could include a provision providing damages of $30.00 for every hour the Carrier is late for up to seventy-two (72) hours, or actual losses, whichever is greater. Because a liquidated damages provision may be deemed unenforceable if it is punitive in nature, it is recommended that any such provision be reasonable and a genuine estimate of what losses would be in the event the Carrier is late. It stands to reason that losses would accrue at a faster rate with strawberries than with a less perishable commodity such as potatoes.

Of course, the specifics would be subject to agreement with your carriers, but the idea is to provide some measure of protection in situations when a receiver cannot show damages resulting from a carrier’s delay.