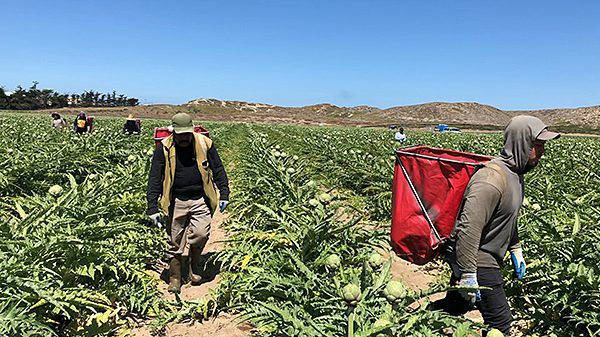 “Complaining that people don’t want to work because they could make more on unemployment is a funny way of admitting that you pay poverty wages.”

This sentiment is circulating on the Internet these days. It responds to widespread claims that extended unemployment benefits, notably the federal bonus of $300 a week, are causing a labor shortage in the retail and restaurant industries (see, for example here) and U.S. jobless claims fall to 473K as more GOP governors bar aid.

There appears to be some truth to these claims. In an email to me, Philip L. Martin, a professor at the University of California specializing in farm labor, writes regarding the labor shortage in the restaurant industry, “This may be a case of fears of covid + the disincentives of UI [unemployment interest] fed and state.”

An AP article suggests that the problem may go beyond these transparent reasons. Working conditions are high among the other causes.

The AP article quotes Shelly Ortiz, a former restaurant worker in Phoenix: “’I don’t know if I could do it with a smile anymore,’” she said. “’I don’t think it should be an option for anyone to treat any worker the way that service industry workers are treated in America.’”

A comprehensive study reported by Forbes reveals the unsurprising truth that employees are more vital to a company’s success than shareholders—an idea that does not appear to have occurred to many employers.

The AP article says that many workers are using extra unemployment, not to freeload, but to step back and think about their careers in the long term.

On the farm labor front, Martin notes a continued increase in the use of the H-2A guestworker program. He notes that the Department of Labor “certified almost 9,900 applications to fill 166,000 jobs with H-2A workers in the first two quarters of FY21, up from 8,600 applications and 138,000 jobs certified in the first two quarters of FY20. Job certifications in FY21 are running 20 percent ahead of FY20 levels.

But this isn’t enough. One example is the mushroom industry.

“Retailers are facing fresh mushroom shortages as producers struggle to find labor for their operations,” said Rachel Roberts, president of the American Mushroom Institute BB #:162412, in a statement issued on May 13.

The industry has been virtually unanimous in its call for a solution: sweeping immigration reform.

“AMI has long pushed for legislation and policies that enable a legal, reliable workforce,” Roberts added. “Just this past March, H.R. 1603, the Farm Workforce Modernization Act passed the House—it passed in 2019, as well—and is now awaiting introduction in the Senate.”

But in recent years, the Senate has proved to be a graveyard for a great deal of legislation (including the 2019 act). Perhaps the produce industry needs to put more specific pressure on the politicians who have been burying immigration reform.