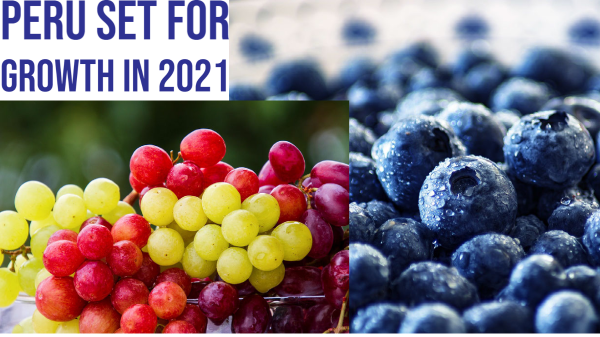 The head of the Institute for Research and Development of Foreign Trade of the Chamber of Commerce of Lima (CCL), Oscar Quiñones, said blueberries had a growth of 25.8 percent in value ($45 million) in January and February and an increase in volume of 11.9 percent (8,150 tons), with the main destinations including the U.S., the Netherlands the UK, and Hong Kong.

“We are the leading blueberry supplier in the U.S., and exports to the European market are growing little by little,” he said.

Quiñones indicated that grapes saw an increase of 27 percent in value ($510 million) and 17 percent in volume (209,819 tons) compared to the same time period last year, with the main destinations being the U.S., Hong Kong, the Netherlands, Spain, Mexico, and China.