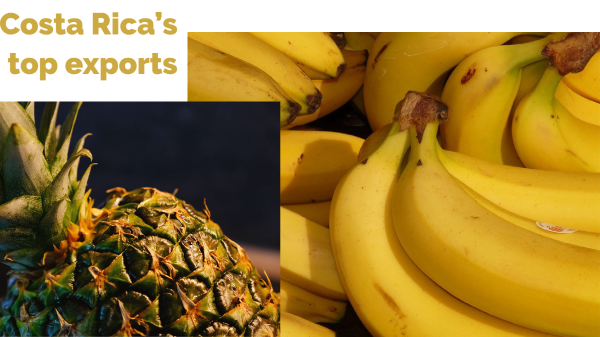 The National Institute of Statistics and Censuses (INEC) released a preliminary report showing that bananas and pineapples together represented 16.2 percent of the total value exported by Cost Rica during 2020, according to Nacion, a Costa Rican reporting agency.

INEC’s report shows the top ten export products accounted for 50 percent of the total value during the period, of which the U.S., the Netherlands, and Guatemala were the main destinations.

A researcher at INEC, Ana Mercedes Umaña, pointed out that preliminary figures showed a 2.04 percent increase in exports in 2020, while imports showed a decrease of 9.58 percent.