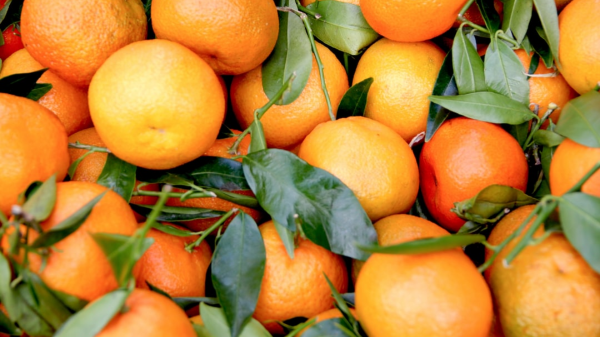 According to The Foreign Trade Research and Development Institute of the Lima Chamber of Commerce (LDEXCAM), citrus exports hit the historical record, registering an increase in value of 37 percent, compared to the previous year.

Due to its antioxidant properties and high content of vitamin C that strengthens the immune system, citrus demand is growing during the pandemic, explains Idexcam.

Even before the pandemic, Peru has seen export records each year since 2017.

Production of both mandarins and oranges has grown steadily since 2010, registering a year-on-year increase of 9 percent and 3 percent, respectively.

According to the Integrated System of Agrarian Statistics (SIEA) of the Ministry of Agrarian Development and Irrigation (Midagri), in 2020 the production of mandarins reached 525,000 tons, with Lima being the main producing region with 44 percent, followed by Junin 24 percent, Ica 17 percent, and Puno 6 percent.

While orange production totaled 553,000 tons with Junin being the main producer with 45 percent, followed by San Martin 14 percent, Puno 9 percent, and Cusco 5 percent.