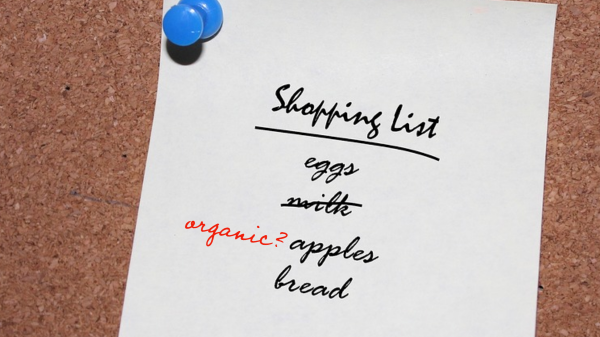 If a consumer comes to your store, list in hand, and you don’t offer one of these items then they might trade out to something else, or out of the produce department entirely.

The annual release of the Environmental Working Group’s so-called Dirty Dozen sets a lot of teeth on edge in the produce industry.

The list sits on shaky ground for me, as it is bashing convention produce using information from the USDA’s Pesticide Data Program, which showed that more than 99 percent of samples were well below the threshold considered safe, and 42 percent of samples tested had no detectable pesticide residues.

It’s also a shameless money generator for EWG. I signed up to get the list download a few years back and my email’s spam blocker has a hard time keeping up with DAILY pleas for donations.

Produce industry groups fight back against the misinformation. One of the largest, the Alliance for Food and Farming, publishes the website safefruitsandveggies.com and its Pesticide Residue Calculator. The calculator shows you how many servings of an item on the Dirty Dozen you would have to consume, even at the highest recorded residue level. (I would have to eat 453 servings of strawberries, a day, for example.)

But consumers are bad about charged language. We see “pesticide residue” and “risk” and “exposure” and those are all scary words and obviously (sarcasm here) the best risk is zero risk.

Rewind a year to when millions of people followed the advice of a family practice doctor on YouTube, sanitizing their groceries, including the outside of cereal boxes, even though infectious disease experts were practically shouting that the virus behind the COVID-19 pandemic had minimal risk of transmission from surfaces.

A huge percentage of those dish soap and bleach washers probably feel a little silly by now. I hope.

Even so, no matter where you land on the organic vs. conventional spectrum, (and, for the record, I buy both) retailers can’t forget the Dirty Dozen’s real name: The Shopper’s Guide to Pesticides in Produce.

It’s a list. It’s a shopper’s guide. It’s organic 101 for consumers looking to enter into the category, who are looking to prioritize their organic spend.

So, at minimum, retailers should use this list as a guide to organic must-haves. If a consumer comes to your store, list in hand, and you don’t offer one of these items then they might trade out to something else, or out of the produce department entirely – which is my worst case scenario. If a consumer has convinced themselves they need organic bell peppers and you don’t have them, they may skip bell peppers for their recipe.

Same goes for grapes, or strawberries, or greens.