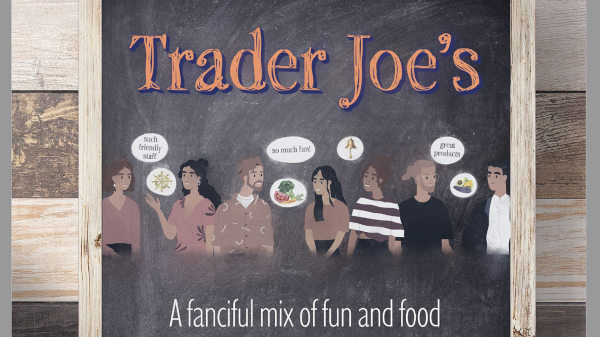 Visiting a Trader Joe’s store is all about discovering new items and shopping for products often not found anywhere else.

With flare and humor—from its chalkboard puns to proprietary brands to the Fearless Flyer newsletter—Trader Joe’s creates an unmistakably unique experience for every shopper.

The stores were supposed to be a competitor to 7-Eleven but weren’t faring well.

By the mid-1960s, Coulombe could see the writing on the wall: Pronto Markets were performing poorly, and he believed the marts did not reflect how Angelenos wanted to shop for convenience foods.

When the chain’s owner wanted to liquidate, Coulombe bought the stores and set out to create his own version of a grocery store.

The first Trader Joe’s was opened in 1967, in Pasadena (where it remains and is still operational), offering a limited, eclectic array of food products against a whimsical maritime background. It was a hit with the community.

Fast forward to 2021 and there are over 500 Trader Joe’s stores, owned by German conglomerate Aldi Nord (which bought the chain in 1979). And although founder Coulombe retired back in 1988 and passed away last year, his legacy is still going strong.

Atmosphere
To many, Trader Joe’s success can be boiled down to one simple element: fun.

While it’s not exactly the calling card for most grocers, each Trader Joe’s store is infused with fun from the layout, shelves, and checkout lanes to the employees themselves. Workers wear Hawaiian-styled shirts instead of uniforms (since 1969) and stores echo with festive bell ringing, introduced in 1975.

Bill Bishop, cofounder and retail consultant for Brick Meets Click in Barrington, IL, believes Trader Joe’s not only provides customers with an inimitable and engaging shopping experience, but has “a staff that’s having fun, and when they have fun, the customers do too.”

Phil Lempert, retail consultant for Supermarketguru.com in Santa Monica, CA, concurs: “People are having fun. They aren’t wearing uniforms; they’re wearing flowered shirts and ringing bells. I want to work there!” he proclaims. “I want to wear one of those shirts, I want to ring the bell. It’s a fun, food-centric atmosphere.”

Fair Seas Ahead
Looking at the chain’s future, Lempert says, “It’s very strong and expanding, with a very loyal shopper base.”

This is backed up by recent store openings across the country, including Arizona, Florida, Indiana, and Virginia. New York is benefitting as well with a new store in upstate Ithaca, while the mixed-use Urban League Empowerment Center in Harlem will be the chain’s first Upper Manhattan store. It will join 12 other Trader Joe’s stores in the Big Apple.

Regardless of its challenges, Trader Joe’s has a clear edge: customers don’t come to its stores just to fulfill their shopping lists, they return over and over because they’re fans. They enjoy the products, including private label items and new culinary finds, and they appreciate the lively atmosphere—which is fun.

This is a feature from the cover story of the March/April issue of Produce Blueprints Magazine. Click here to read the full issue.