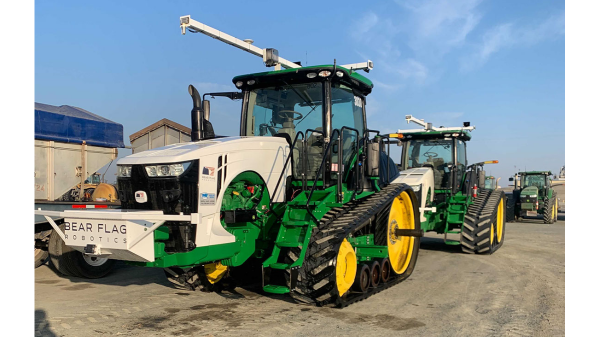 Bear Flag Robotics, based in Newark, CA, created the autonomous technology that allows growers to operate tractors without drivers.

One customer, Church Brothers, LLC, BB #:161800 Salinas, CA, has been using the technology for two years and is looking forward to the benefits, savings and efficiency to start applying.

Church Brothers’ Josh Ruiz said the company uses the technology on one tractor for cultivating and ground prep, but because of the rules of Cal/OSHA, the division of the state’s occupational safety, it can’t yet go driverless in the field.

He said their goal is to run three or four autonomous tractors at a time and have one person monitor them.

“I believe their product is better than people (drivers) simply because they’re human,” Ruiz said. “It does the job to the specifications. My vision is for them to run all night.” 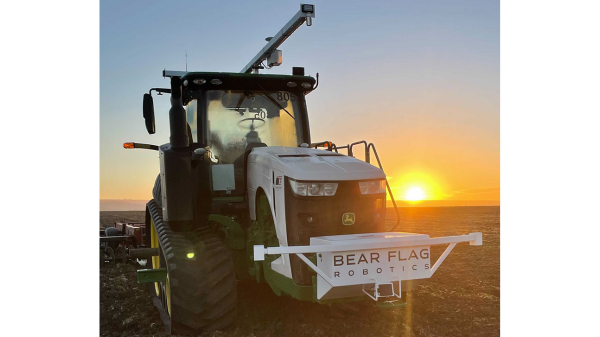 He said the two biggest opportunities are offering safe, reliable technology that performs better than humans; and working with growers on specifically what they want to accomplish using technology.

“We can get to more acres with repeatability and consistency, in addition to reliability,” Caferio said. “This is important when you can basically multiply the best work of your best workers.”

He said Bear Flag has other customers in the fresh produce industry that will begin working with the autonomous technology when the seasons in Salinas start up this spring.

Ruiz said Bear Flag has told him they’re working with Cal/OSHA and are optimistic driverless tractors will be allowed in the field some time this year.

In addition to fresh produce, Bear Flag has customers in the wheat and cotton industries.