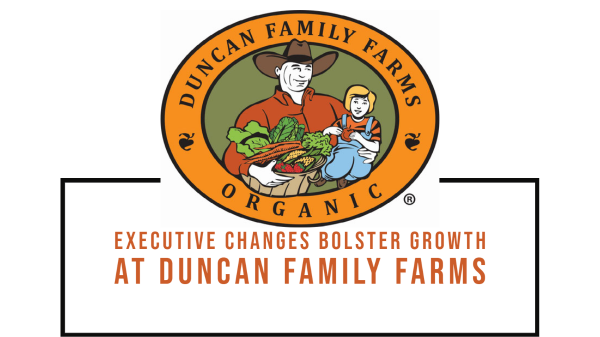 GOODYEAR, AZ — Duncan Family Farms, BB #:206668 a leading family-owned, multi-regional grower of over 9,000 acres of certified organic produce, announced Will Feliz has been appointed CEO, and co-founder Arnott Duncan has assumed the position of Chairman. 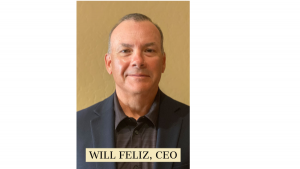 Feliz joined Duncan Family Farms as COO in 2009, became President in 2016, returned as President in March 2019 after a brief hiatus, and is now overseeing the company’s strategic growth plans, along with all day-to-day operations. Duncan, a fourth-generation Arizona farmer who founded the company with his wife Kathleen in 1985, will now focus on agronomics as the company continues to refine large-scale organic production in Arizona, California, Oregon, New York and potential new locations.

Will Feliz earned his B.S. in Development, Resource and Consumer Economics with an emphasis in Agricultural Economics at the University of California, Davis. He has spent his entire 30+ year career in the produce industry working for small, mid and Fortune 500-size companies. “Will has been an integral part of our business family and his acumen and vision has helped us become one of the largest 100% organic farming operations in the country,” said Chairman Arnott Duncan.

“Our greatest assets are our people, and I’m excited and honored to lead the Duncan Family Farms team as we continue to achieve our mission to produce clean, healthy, life-giving food while making a strong contribution to an improved environment and to giving back to our community.” 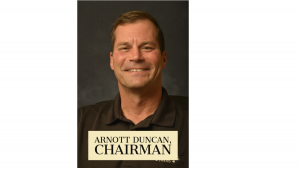 Arnott Duncan, who earned his B.S. in Agronomy and Plant Genetics at the University of Arizona, will remain an integral part of Duncan Family Farms, with a focus on obtaining additional acreage, and maintaining the health of the soil, water and plants.

“Next to seeing our people thrive and grow as individuals and team members, it is our pioneering work in organic compost, irrigation water treatment, and enrichment of our soil biome that is making the biggest difference for our company and the health of the planet,” concluded Duncan. “I love going to work every day with talented, committed people who enjoy being a part of a team that celebrates excellence.”

Duncan Family Farms is a family-owned, multi-regional grower of over 9,000 acres of certified organic produce, specializing in baby lettuces, greens, kale and herbs using sustainable, state-of-the-art farming practices. Founded in 1985 by Arnott and Kathleen Duncan, the company is one of the largest growers of organic produce, nationally recognized for their environmentally sensitive farming techniques and premium-quality fresh vegetables. To learn more, visit duncanfamilyfarms.com.