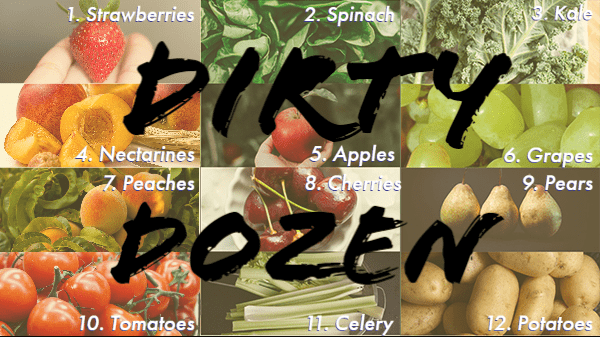 With the expected release next month of the Environmental Working Group’s annual Shopper’s Guide to Pesticides in Produce, also known as the “Dirty Dozen and Clean Fifteen,” produce advocates are preparing.

The Alliance for Food and Farming’s February 23 webinar looked at the ways to counter the EWG’s damaging message to consumers.

Toby Amidor, registered dietitian, said Americans eat far fewer fruits and vegetables than recommended, and there are so many mixed messages in the marketplace to confuse them.

She said she calls herself a “pro-choice” dietitian, who encourages consumers to choose organic, conventional, local, home-grown, ugly, or whatever produce they want for themselves and their families.

While the produce industry needs to speak out against the bad science in the Dirty Dozen, Amidor said the messaging should always remain positive.

He says the science clearly undermines the message of the Dirty Dozen, and the benefits of eating fruits and vegetables couldn’t be clearer.

Last year, the Dirty Dozen list came out right at the beginning of COVID-19 lockdowns and stay-at-home orders, and the ensuing panic created wild swings in produce and retail markets.

It didn’t receive the publicity it has in the past, and many groups, including ours, called EWG’s timing tone deaf.

Amidor said we should not think that it’s losing favor in mainstream media circles. She says she still sees many media mentions endorsing the Dirty Dozen, and she is often used as a source to balance the coverage, but not as much as she would like.

The alliance says it has many resources on its website to help inform consumers about fresh produce’s safety and benefits.