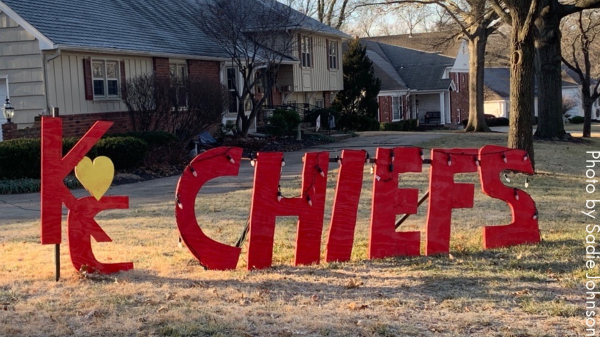 Tampa Bay Buccaneers quarterback Tom Brady is famous for crediting his diet among the reasons he’s still able to play football at a high level at age 43.

But their opponent in Super Bowl LV Feb. 7 in Tampa, FL, the Kansas City Chiefs, have a team-wide nutritional edge thanks to their designated dietitian Leslie Bonci, owner of Active Eating Advice, who is also a Produce for Better Health influencer.

She said she has worked with the team for several years, and while she’s disappointed this year has had to be virtual work rather than weekly on-site interaction, she knows the team has been eating healthy and eating plenty of fresh fruits and vegetables.

Bonci said of course fresh produce is good for everyone to eat, but some of their properties are especially important to professional athletes.

Produce is so important, she said, for three reasons:

Bonci said the Chiefs have a meal plan that includes a salad bar, but buffets and group dining have been discouraged during the pandemic, so more food is available to-go this season.

In addition to the salad bar, fruit smoothies have been a popular way for players and staff to consume fresh fruits and vegetables.

Bonci said the team has been easy to work with and eager to try new things when she introduces them. She even has worked with some players personal chefs to design healthy recipes, but she knows they eat best in a team setting.

“They eat a hell of a lot more produce at the training complex than on their own,” she said.

As the Chiefs attempt to win their second Super Bowl in a row, Bonci said she had no special recipes for them this week. She said their philosophy is to keep distractions at a minimum and do the things they’ve done every week.

Bonci said her own diet plans on Super Bowl Sunday hopefully end with a champagne toast to the Chiefs as Super Bowl LV champions.

Greg Johnson is Director of Media Development for Blue Book Services. He lives in Kansas City and is a big Chiefs fan.