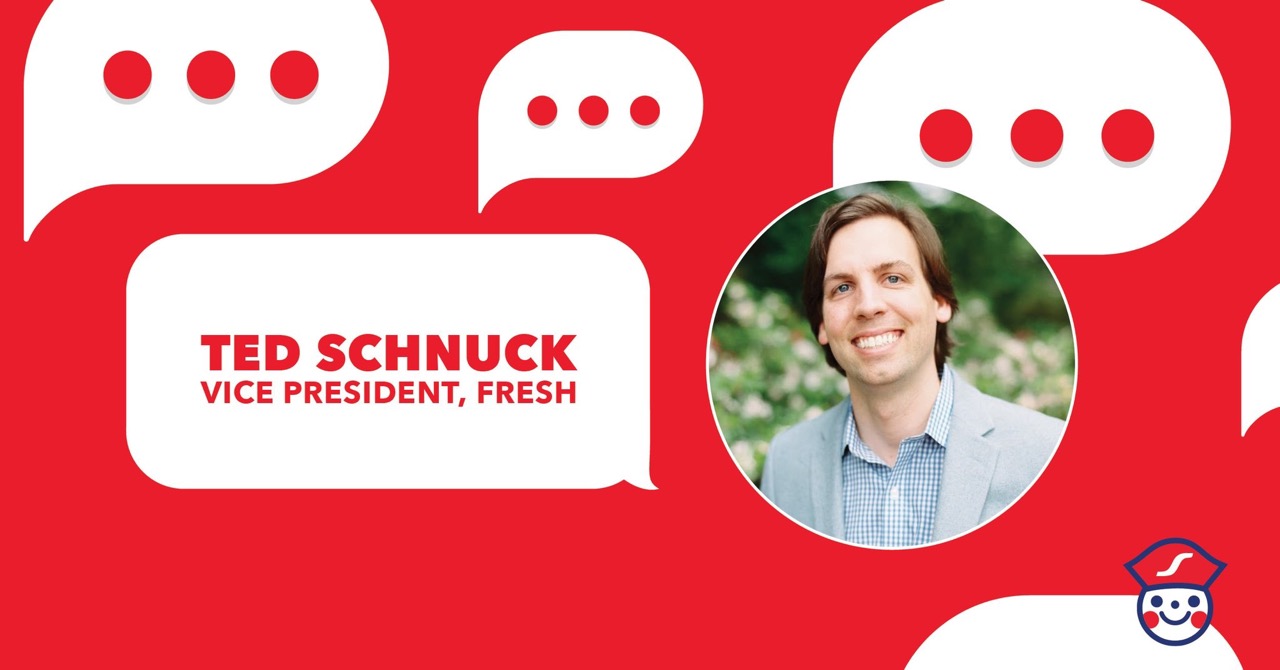 This assignment will also result in Ted joining the company’s Strategy Team, the 10-member team of executives tasked with leading the overall direction and execution of the company.

Schnuck has been with the family-owned company since 2015, and has held key positions in core functions including supply chain, marketing, business development and, most recently, in store operations where he held the Division Manager position, overseeing 11 stores located in the St. Charles, Missouri and Mid-Missouri markets.

During his time as Vice President of Brand Marketing, he was instrumental in the successful launch of the Schnucks Rewards program. His additional accomplishments include implementation of the company’s inventory replenishment system while in supply chain, and, as part of the business development team, Schnuck helped lead the acquisition and integration of 19 St. Louis-area Shop ‘n Save stores in 2018.

“As Vice President of our Fresh areas, we look to Ted to develop the strategies to deliver on our promise to our customers to ‘Provide Best In Fresh Solutions’ by offering a relevant assortment of fresh, quality foods while providing easy, affordable, convenient meal solutions,” said Schnucks President and COO Dave Peacock.

“Ted’s experience, strategic mindset and leadership capabilities position him to successfully drive our evolution as a leader in Fresh foods.”

Schnuck is a graduate of the University of Virginia, and he earned his MBA from The Wharton School at the University of Pennsylvania. Ted began his career with Bain & Company then transitioned to strategy and marketing roles for major brands at Beam Suntory and Procter & Gamble.

About Schnucks
Founded in St. Louis in 1939, Schnuck Markets, Inc. is a third and fourth generation, family-owned grocery retailer committed to nourishing people’s lives. Schnucks operates 112 stores, serving customers in Missouri, Illinois, Indiana and Wisconsin and employs more than 14,000 teammates. According to Forbes’ 2020 rankings, Schnucks is the 156th largest privately-owned company in the United States and the 15th largest privately-owned grocer. Schnucks is committed to helping communities thrive and as a champion for reducing hunger, the company annually donates more than $16 million in food to pantries that help those in need.