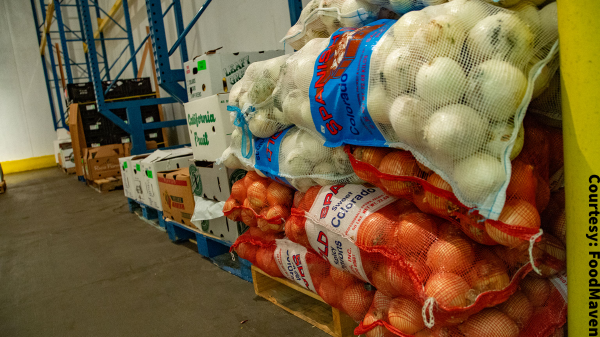 FoodMaven has facilities in Denver and Dallas.

Food waste is a problem, whether you’re looking at it from the environmental or business point of view.

It’s an online marketplace and logistics company that connects suppliers with too much product with foodservice buyers at a discount.
FoodMaven handles food on consignment.

“We find a way to match food that gets lost,” said CEO Ben Deda. “All food is used for a good purpose.”

He said FoodMaven is a business, but about 20 percent of the food it manages get donated to food banks and non-profits.

Deda said FoodMaven represents an effort to build a more adaptable food supply chain, as supply and demand have been misaligned throughout the pandemic.

Roughly 40 percent of the food that FoodMaven manages are fresh fruits and vegetables, Deda said, and it operates in the Denver and Dallas metro areas.

“Our solution is a local solution,” he said.

FoodMaven has about 300 customers in Denver and about 250 in Dallas.

One recent customer is Brighter Bites, the non-profit that donates fresh produce to schools and educates them on nutrition.

FoodMaven’s new vice president of strategy Bobby Grinstead had connections with Brighter Bites through the Dallas Fresh Food Association, and that led to a partnership.

Jennifer Boone, director of sourcing for Brighter Bites, said since the pandemic began, the group’s system of using volunteers in schools to pack produce has been eliminated.

Early in USDA’s food box program, Brighter Bites used them, but the shift from produce-only to combo boxes led to Brighter Bites leaving the program.

Boone said at the end of November, it contracted with FoodMaven to pack and deliver produce boxes to schools in both the Dallas and Austin metro areas. FoodMaven delivers about 3,500 20-pound boxes of produce a week to schools in the two areas.

She said the partnership has been successful, and they plan to work together through at least the end of the school year. 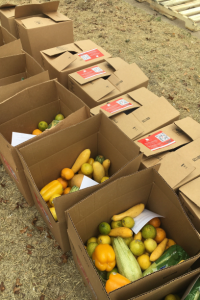