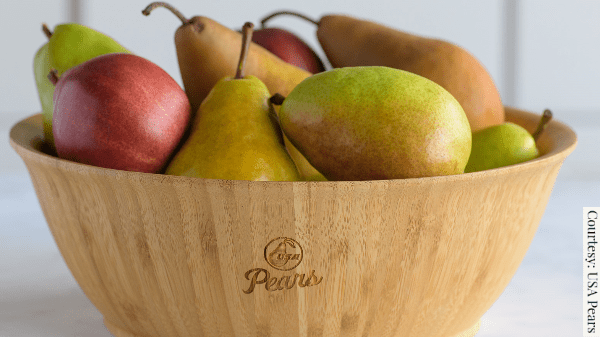 The United States dominates in exports of pears to Mexico, especially from Oregon and Washington.

According to statistics from the USDA, the U.S. has supplied Mexico with 90 percent of the total amount of pears imported, with the remaining 10 percent taken up by Argentina, Chile, and China, as reported by Opportimes.

While the 83,815 tons of pears that were imported during the 2019/2020 season was lower than the previous campaign, this was due in large to the volumes of remaining stock that were available.

The main variety imported was the Anjou with an 83.7 percent share, followed by the Bartlett with 10.5 percent, and the Bosc with 4.9 percent.

The U.S. export season for the Anjou variety is from September to July and the Bartlett from August to February, with supplies available year-round due to cold storage facilities.

Mexico is a price sensitive market for pears, and while significantly depending on the price, it also depends on the availability of other fruits, such as apples.

U.S. pears are gaining visibility and space in supermarkets as marketing campaigns and prices entice consumers to buy more pears with sales concentrated in the supermarket and hypermarket sectors, accounting for 75 percent of all retail sales.

U.S.-grown pears are preferred by Mexican consumers due to their quality, perceived value, and year-round availability.