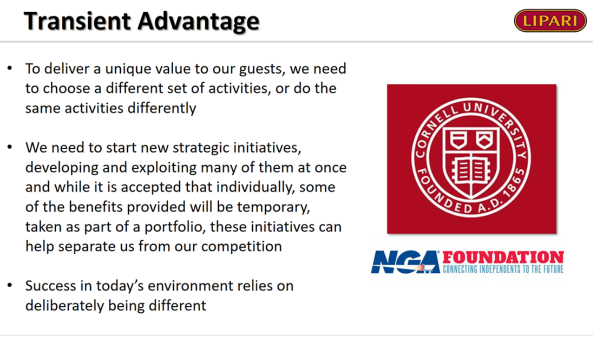 Every business has to create a unique space for itself to show how it’s better than competitors.

Increasingly, as industries study and benchmark competitors and turn to third parties for certain aspects of their business, they lose that competitive advantage, said Nick Lenzi, who recently joined Lipari Foods, Warren, MI, as VP of Business Development, and most recently, was the SVP of Sales and Marketing for Busch’s Fresh Food Markets in Ann Arbor, MI.

That niche has a name, he told attendees of a Nov. 12 National Grocers Association BB #:163424 webinar.
It’s called “transient advantage,” and it means to deliver a unique value to customers by choosing a different set of activities or doing the same activities differently.

In retail, it’s often the little things that separate competitors.

“We’re not looking for the dollar or everyone would have found it,” Lenzi analogized. “We’re looking for 20 nickels.”

Lenzi gave examples from various categories, but in produce, when he worked for Busch’s, it found success with locally grown Michigan cherries and pumpkins. 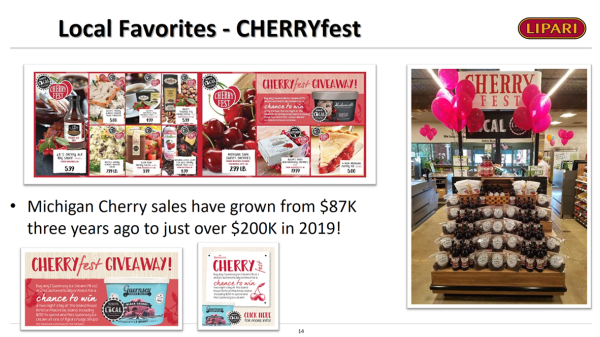 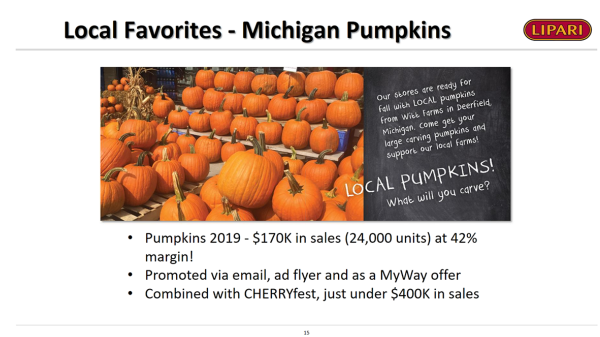 In pumpkins, the chain stressed local, and its customers hardly paid attention to prices, Lenzi said.

“Take something unique from your region,” he said.