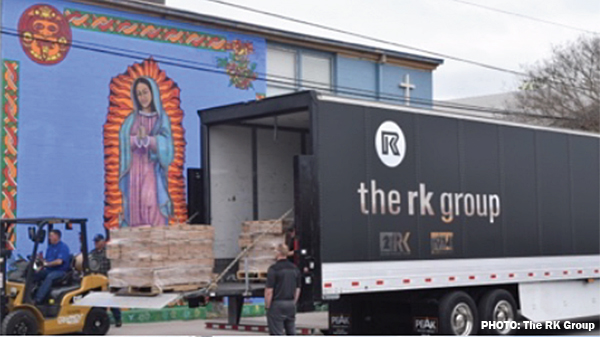 When USDA’s 4th round of its Farmers to Families Food Box contracts were released at the end of October, some people may have noticed a San Antonio catering company that hadn’t participated before received a $23 million contract for Texas and Oklahoma.

“Uh oh, here’s another disaster waiting to happen,” people may have said, thinking of the summer problems with San Antonio’s CRE8AD8, which was unprepared for a $39 million contract and massively under-delivered.

But RK Group is no stranger to fulfilling huge food contracts.

“We work in very high volumes,” said marketing director John Kiehle, Nov. 9. “We can handle this volume and quite a bit more. We’ve delivered half a million meals – 35-40,000 a day – for disaster relief last month during the hurricanes here.”

He said RK Group’s Basic Ordering Agreement was approved in August, and the firm found out it received the Round 4 bid on Oct. 30.

“We got a large volume of calls [from non-profits], he said. “We’ve been working closely with Feeding Texas.”

The company also has a division, RK Cares, which makes massive donations year-round in the San Antonio community and throughout Texas.

He said the bid includes last mile delivery in the $38.30 per box charge.

As for meat, dairy and produce supplies, Kiehle said the company has many supplier agreements and is working with Ben E. Keith Co. BB #:105716 for its produce volume, who it has used as a partner for many years.

He also said RK Group has been in contact with the other two round 4 food box suppliers for Texas to coordinate who will serve the various areas of the huge state.

In addition to the meat and dairy items, Kiehle said its food boxes will contain bags of apples, onions and potatoes, with as much local product as possible. 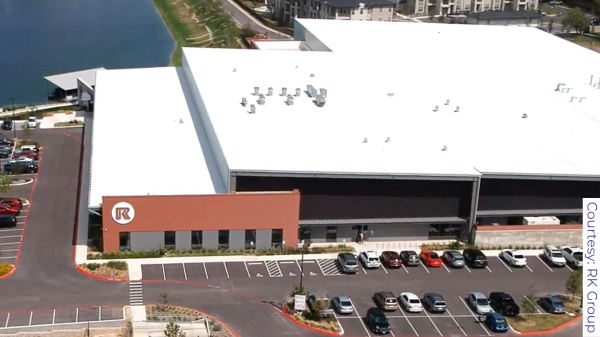 Who is RK Group?
RK Group is comprised of several companies specializing in culinary and hospitality service and field-based culinary and disaster mitigation support.

It’s RK Culinary Group division has been in the convention catering business since 1972.

It has a 170,000 square foot operation with 22 dock bays and will do all the food box assembly and distribution from there, Kiehle said.

He said the company’s catering business has taken a hit during the pandemic with the lack of event business, but the company is well diversified and has stayed busy, such a providing food for mobile COVID testing sites.

Kiehle said he had heard a little about CRE8AD8, but he has no concerns about filling the food box contract.

“We have been involved in feeding programs during COVID outside the food box program, and we became aware of the need and had people encourage us to apply for the program,” he said.

Correction: An earlier version of this story had incorrect figures on the amount of food boxes RK Group plans to pack and ship per day.