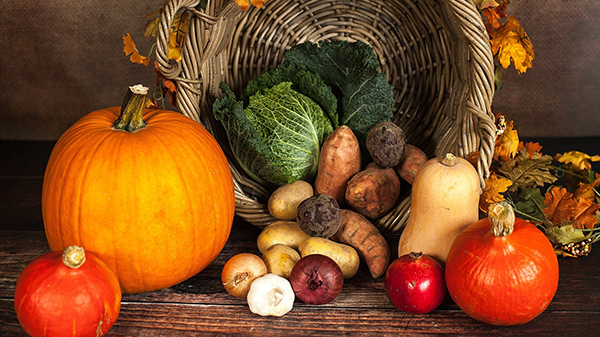 The holidays are coming and will look a little different this year as the COVID-19 pandemic continues to shift consumer behavior.

A panel of retail experts brought forth some suggestions to boost fresh produce sales over the next few months during the weekly Virtual Town Hall series for the Produce Marketing Association BB #:153708 on Nov. 11.

1. Think outside the turkey

This year’s big meal occasions likely will be smaller gatherings, but more of them. “Not everybody is going to cook that 20-pound turkey,” said Anne-Marie Roerink, president of 210 Analytics. “We may actually see very different kinds of meat start to spike during pandemic Thanksgiving, and that’s important because if people go for a prime roast, more than likely the vegetables that go with that are very different than the options people would opt for in turkey.”

Restaurants, too, are moving in on Thanksgiving dinner. “We’re seeing right now restaurants are going very aggressively after that full Thanksgiving meal solution, catering all items for dinner, and I think that is a solution that retailers absolutely have to bring to market as well, either a fully cooked just heat-and-eat solution that can be picked up the day before, or even just two pieces that can be put in the online basket.”

“I think you’re going to see a lot more smaller dinners, but more of them,” said AWG’s BB #:289826 Price Mabry. “I think that’s going to drive more consumers in the stores.” But consumers are in a hurry, with COVID-19 numbers spiking.

“We’re finding consumers spending less time in the stores, and that just puts extra focus on impactful displays when they are in your store,” Mabry said.

Roerink agreed, saying even though trip numbers are flat, consumers are still buying about 15% more in each basket than the previous year. “They must be racing through the store quite quickly,” she said. “I think that’s actually a big lesson for everybody in produce – how can we make that trip, so people don’t skip by us?”

3. Don’t be afraid to push something new

“I think there’s some time during the holidays that introducing new items isn’t a bad thing,” he said. “I know we spend a lot of time preparing for the actual holidays but those first two weeks of December will be a time where you know you don’t have as much going on quite yet for Christmas, you have an opportunity to introduce some niece things.”

4. Education is more important than ever

“They’re saying I have actual time now, I’m not going to cook for 50 people, so I don’t have to go back to my old recipes, I might want to try something new,” she said. “There’s an opportunity to drive some online engagement through online cooking classes and make it super easy to pre-load an online shopping cart so all of it is already in there.”

Those two occasions are perfect for more fresh produce.

“I haven’t really seen retailers go after the lunch solution, though a lot of parents are struggling,” she said. “I think snacking is a whole lot of opportunity throughout the day, during the week and on the weekend.”